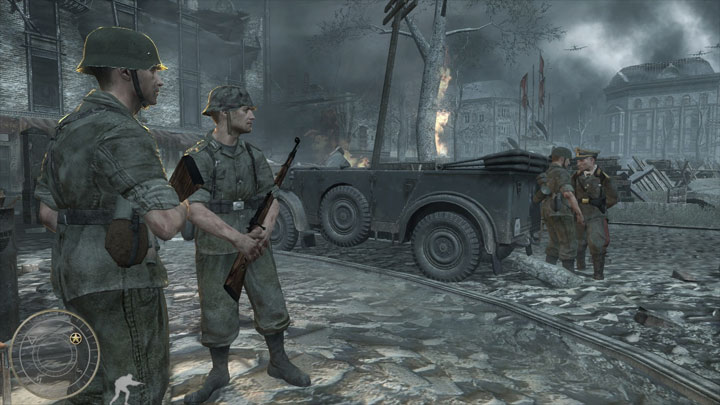 Vendetta: Darkest Days is a mod for Call of Duty: World at War, created by FeReise.

"These are the darkest days of the Nazi occupation of Stalingrad." - Viktor Reznov, 1942. This mod created for a more authentic experience in playing the Vendetta mission (not 100% of course, but better).

- New and modified textures on Wermacht's bodies, helmet, and gears. (Credit: MasterJames aka SPLinT_CeLL, and those who created Hi-Rez Wehrmacht skin mod)

- New textures for Gen. Amsel and his visor cap (Credit: those who created Hi-Rez Wehrmacht skin mod and General WH Ansel (1.0) mod, also modified by myself)

- Add 2 new weapons for AIs: DP28 for Soviets and Kar98k with a bayonet for Axis.

- Some of Axis AIs will now use a captured PPsh-41.

- Edit some minor details on a canned food and metal ammunition box.