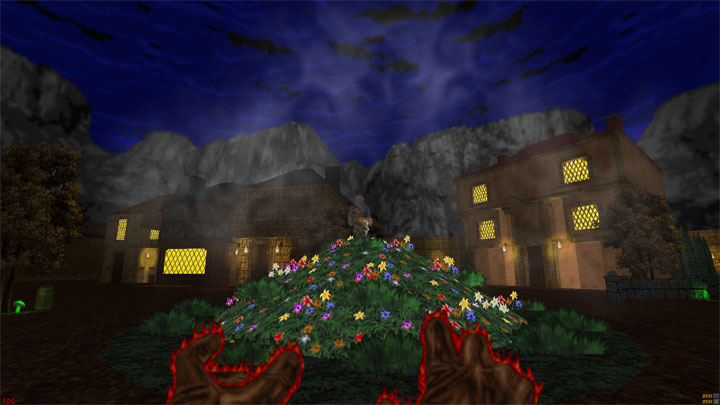 Quest for Glory IV 3D Project is a mod for Hexen: Beyond Heretic, created by Blake00.

Before anyone else says it Id like to say that QFG4 doesnt need to be in 3D, nor is my project an attempt to convert every single part of the game to 3D (if you want to do everything in QFG4 then go play QFG4 haha). I created QFG4 3D just for fun and to see if I could actually do it lol. Plus it was rather fun to create new areas/views not seen in the original game (eg I show more of the town & give you 360 degree views of each original game location). So if others happen to enjoy this project too then thats a bonus, but if youre not a fan of retro gaming & graphics then this probably isnt going to be of much interest to you.

I used the old Hexen/Doom engine as I lack the graphic & programming talents to use a modern game engine, plus I wanted it to retain the look at feel of the era when QFG4 came out. However the ZDoom/GZDoom extension updates the old engine quite a bit to use true 3D, OpenGL effects & now in 2016 it even supports VR! So if you ever wanted to walk around Mordavia as if youre there then this is your chance (at least until someone else does a much better job haha).