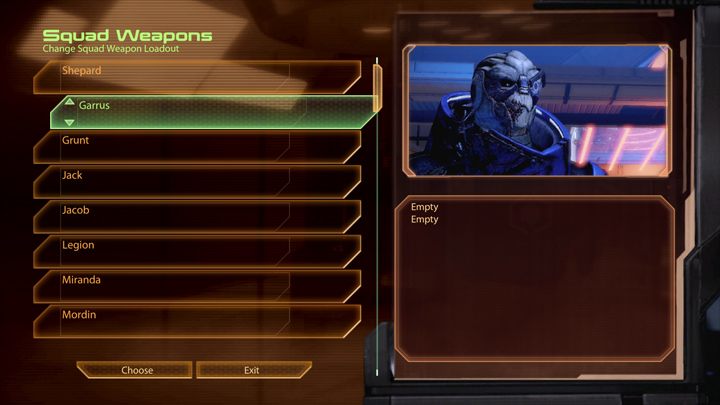 No Guns - A Challenge Run Mod is a mod for Mass Effect 2, created by LordEmil1.

For a few years now, I've wondered if you could beat Mass Effect 2 without using any weapons, so I created this mod to find out!

This mod adds a Melee ability to your character, so you can melee while you don't have any weapons equip, as you can't normally. It also adds Empty Weapon Slots for you and your squadmates, and it all else fails it also adds a binding to "F1" so you can throw your weapon away.

No Guns needs to be installed before ALOT. Installing it after may break your game

2. Drag and drop the archive file into the Mod Manager.

4. If you chose to Import the mod, select No Guns - A Challenge Run Mod, then press the "Apply Mod" button.

Recovered Powers by Tajfun403 is a mod that adds four new powers to Mass Effect 2, I highly recommend it in addition to No Guns.

Remove Shared Cooldowns by DropTheSquid is a mod that removes the shared cooldowns between powers. It's quite a nice addition to No Guns.