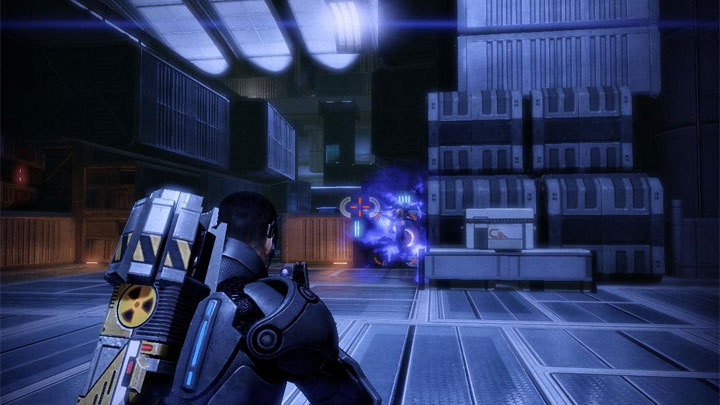 The purpose of this mod is to save the players time spent on the scanning minigame, to balance a few aspects of the game and to make the gameplay closer to the games lore.

like in ME1 shields dont block powers anymore, making gameplay closer to the lore,

planet scanning speed is equal as when the scanner is not active,

Geth Pulse Rifle damage 2.5x of original value, this ups its DPS to the same level as the Avenger Rifle's (originally Geth Pulse Rifle's base damage and DPS are the lowest of all the equipable guns in the game),

enemy shields and barriers (not armor) set as rechargable to remove players unfair advantage over AI,

shields dont absorb full damage on break anymore (example; before, having 1 shield point would absorb any ammount of damage on last hit before reducing health),

all ingame cinematics set as skippable. (NOTE: although all cinematics are set as skippable, some of them ignore settings from ini file and can't be skipped in game. Can't do anything about it, the game decides by itself in this case)

health regeneration 100x slower to enforce medigel usage (NOTE: some players claim that one can't heal Shepard in ME2 with medigel. Of course you can heal him, you just need to buy Trauma Module upgrade)

Reasonings for above changes:

Jacob is an ex-Alliance soldier. All soldiers are proficient with rifles. His original weapon loadout doesnt have much sense and makes him underpowered. Jacob also uses an assault rifle in the Mass Effect Galaxy game.

You can save time when running around outside of combat.

This tweak makes almost all skills equally worth learning. Its also closer to ME lore where shields and armor cant block biotics and tech abilities, only barriers can.

Scanning planets is fun during the first playthrough but I have enough of it now, when I finished the game and Im playing it again.

Scanner is slow, almost annoying. This tweak helps to save time.

Originally when you repeat the game via NG+ you lose all bonuses from imported character.

Originally Geth Pulse Rifles base damage and DPS are the lowest of all the equipable guns in the game. This tweak makes it just the same as the Avenger Rifles. This also makes Geth Troopers as dangerous as rifle-wielding mercenaries.

If Shepards shields regenerate, why enemy shields shouldnt? In ME1 every enemys shield regenerates just like Shepards. Having an unfair advantage over AI is not fun.

This tweak makes shields work just like they did in ME1.

Just to make it clear; the fact that cutscene can be skipped, doesn't mean that you must skip them. It only means you can. I'm saying this because some people think that this mod forces them to do it. It doesn't.

Even on Insanity Ive never had to use a medigel. With this tweak I still dont have to because a good player will stay in cover when his shields are down, but using unity is now finally worth the cooldown on a few occasions. This tweak is meant to discourage recklessness. From the lore point of view, you are still healing on the battlefield as it is intended but no longer you possess a supernatural instant troll-like healing powers. Medigel helps clothing blood and closing wounds but it won't magically bring a soldier from near-death state to perfect condition in split second when in cover.