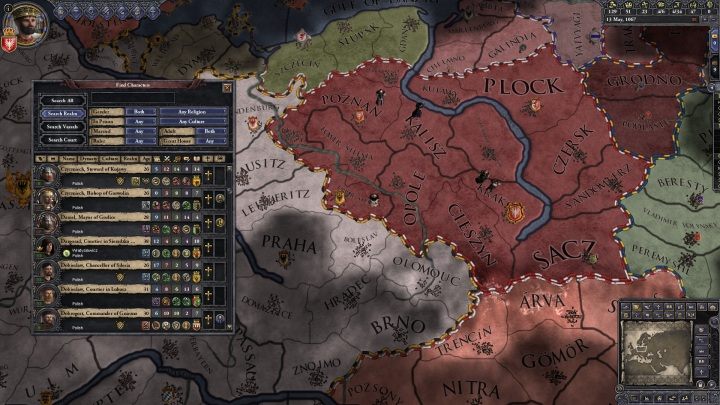 Creating and managing your own empire is an extremely absorbing activity  even if it's just a virtual empire. So, we wait for a better moment. And then, a newer, more interesting strategy appears, offering better graphics and improved mechanics. And so tracing back to some of these forgotten games becomes more unlikely with each month...

...until the publisher decides to make the game available for free, thus giving the game a second life. Ultimately, there's a finite number of iterations of tables and maps that a studio can come up with (and these games mostly consist of tables and maps), so is there point spending money on the latest installments? Take Crusader Kings 2 for example.

The strategy from Paradox Interactive is set in historical realities, the period between the 11th and 15th century to specific (there are also expansions that allow you to go back a few centuries more). The player becomes a Christian nobleman who seeks to build his own dynasty, using economics, espionage and diplomacy as well as the military might. The game is characterized by a very high degree of complexity and attention to details (also historical). It is worth noting that this isn't a turn-based game; it's a real-time strategy with active pause.

Shortly before the outbreak of the pandemic, I decided I'd finally get on with Crusaders Kings 2. I'd wanted to play this grand strategy more for years, but I never had the time... As soon as I'm done with Animal Crossing, I'm gonna sit down with CK2.