Geralt! It's been too long!

(Geralt) But how did you know I was here?

(Renfri) I was just passing by and we bumped into each other.

(Geralt) What do you mean "passing by?" In the middle of the forest?

(Renfri): Well... yeah. I was passing by. In the middle of the forest. I like you very much, Witcher.

The Witcher hurries with the narrative at breakneck speed. In theory, the creators should have had enough time to properly capture the stories  they were pretty liberal with the source material (mostly Yennefers story), and they had to make haste in order to fit all that inside the 8 hours of the first season. As a result, the internal logic and coherence of the narrative often suffers. This creates bizarre scenes, where characters appear out of the blue  in the most unexpected moments.

My good girl Renfri, who randomly bumps into Geralt in the middle of the forest in the first episode as many as two times, is just one example. How was she able to bypass Geralt's superhuman senses I do not know (I understand it was a pretext for showing the witcher talking to Roach). But his meeting with Jaskier in the fifth episode (the one with the jinn) was already so absurd I snorted when I saw it. There is Geralt, just trying to fish a magic object out of the lake, when suddenly, Jaskier comes pops up and says: "Geralt! Hello. How long has it been, a month, a year?" If it's a joke, it's a stretch. 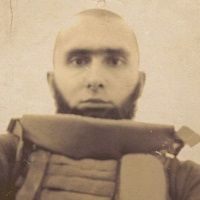 I honestly believe that this rush ultimately broke the Netflix adaptation. Sapkowski's stories are little gems. Each one has its own meaning, a turn of events, some surprises, witty dialogs; they're fresh and complete. In the series, mere scraps of that are left, the source material is only superficial, and the stories don't have their own legs.

If the narrative slows down in season two, the problem will solve itself. 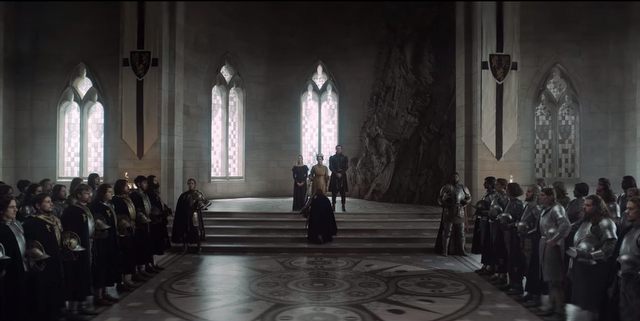 Can it get any emptier?

The world of the Netflix Witcher does not have its own character, also because the scenery lacks identity. The limited budget could easily have been covered up with lush interior design. But it didn't happen. The chief example is Calanthe's throne room  a large room with two fixed flags. I recently visited a castle in Portugal, and it was equally unremarkable  but it was a museum. And it's not just this room  the hallways are equally bland, and the rooms don't look like anyone lived there.

Arethusa was also very disappointing. One room was interesting, the rest was generic. Istred is dwelling the same cave, gaping into elven skulls for half the season. The ballroom, like in Cintra, has no flavor, because it's almost empty. And so, what you see below looks like a low-budget TV series from the 90s. Unfortunately, things are bad in the scenography department, and the developers are basically starting from scratch. In general  everything ought to be better. Because it won't get any worse.

Cut out Yennefer and it can be any generic fantasy movie.

A larger budget could improve the situation, but this will only be possible if the creators recognize their mistakes. Money alone won't make it.