The emotional potential of this meeting has been completely forsaken.

Netflix's The Witcher is a rather loose adaptation of Sapkowski; the creators made quite a few changes to the original. Fans are annoyed that some characters are very different from the literary prototypes, but I take this as a definite advantage, because otherwise the story wouldn't be able to surprise us in any way. And as far as I understand the early introduction of Yennefer and Cirilla, (another question is whether this was completely successful), it's difficult to accept some of the other alterations. And not because I think the source material cannot be altered  it's because those changes are hardly improvements.

Before proceeding to a more serious charge, I will focus on a small but important detail. Sapkowski's dwarves were very strong and insanely resilient. Their appearance was very Tolkienish  the Polish writer saw no reason to change their image, already firmly rooted in fantasy. In the series, however, they are already different  more similar to halflings than the hefty beards we know from numerous games and movies. I do not know if this change was necessary. And if it was, what's behind the decision? 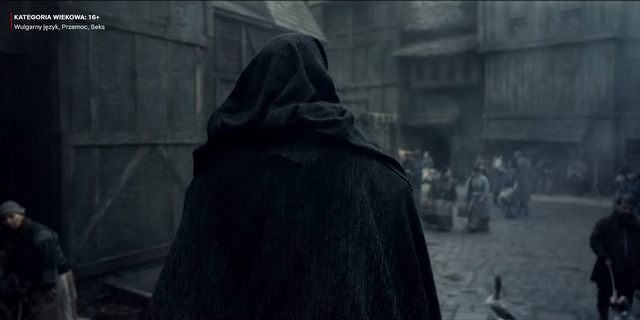 The appearance of dwarves or other races, however, is a trifle compared to the other decisions of the team. Especially those that are severely affecting perhaps the most important aspect of Sapkowski's work. In stories and the saga, the perspective of victims of violence or exclusion is vital. Moreover, the Polish writer showed how difficult such stories can be  sometimes it is difficult to sympathize with the victims, because they themselves were the tyrants. We shuddered when we read the descriptions of the persecution of peasants by squirrels or Nilfgaardian soldiers, but we can also relate to the elves, whose cruelty is just revenge for human atrocities committed against them.

These shades of grey are The Witcher's trademark for me. So, it is a pity that these iconic motives of Sapkowski's creativity were simplified so much in the series. The cult trope of the lesser evil was reduced to two lackluster dialogues  and its message was overshadowed by the Blaviken massacre, which, after all, was only one aspect of the short story. It is a pity that the creators made a bet mainly on action movie, stripping the story of the second layer of meaning, rendering it so much different, and shallower than the original.

I'm skeptical. The developers decided to rewrite Sapkowski. And this trend ought to prevail, which is a pity, because AS is just so much better.