So why was the show so enjoyable? 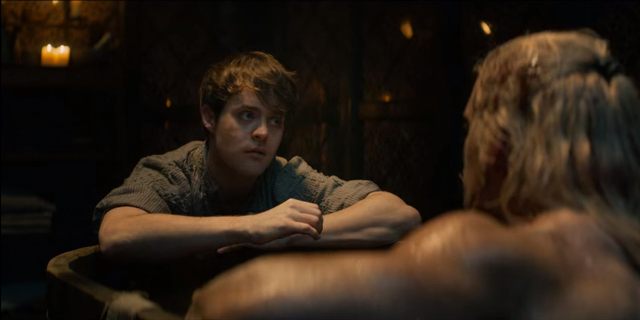 Jaskier is one of the highlights!

That's a great question! Let's begin with the fact that tastes differ from person to person, and some people really loved The Witcher. Also, if you haven't read the books, you won't mind any alterations  ardent fans of Sapkowski definitely don't have that comfort. This, of course, is not the rule, because there's also a bunch of people who did read the books and still liked The Witcher.

The pivotal question is different. Netflix' The Witcher is one of those works that's simply more than the sum of its ingredients. So, what the script falls short, the shots show less of the world than we'd like, there's plenty of nonsense, and the CGI and costumes aren't the best. In general, the series simply delivers. There's a group of people like me, whom you may even call malcontent if you will, and there are millions who loved it. And thanks to them, we can hope it will be better.

Most discussions around the Internet are not about finding common ground, but rather reinforcing our presuppositions. The Witcher is no different. Some of the criticism is even stupider than Geralt asking for the way to Temeria. And then, there are the mentioned troglodytes. It's sad, but the Internet might never change. I'm very happy about the success of Sapkowski, as well as the growing popularity of the games from CDPR (even if I'm not their greatest fan either).

There are two ways I can look at The Witcher: as an even bigger fan of Sapkowski than I'd thought, or simply  a critical viewer. If I hadn't read the books, I'd probably have had more fun  but I still don't think this would have obscured the flaws. After season one, the opinion of my good friend Arash seems to me the perfect summary: The Witcher is like Hercules, or Xena: Warrior Princess. It's an easy watch, but no one sane will call them works of art, or place them in top 10 TV series of all time. The Witcher from Netflix is sort of the same thing. And I was hoping for more. I try to convince myself that what we've got isn't as bad as I think it is  but for now, it's impossible. It will probably never be "my" Witcher. What about you? What would your Witcher be like? We are very curious about your opinion of the Netflix series, so feel free to comment.