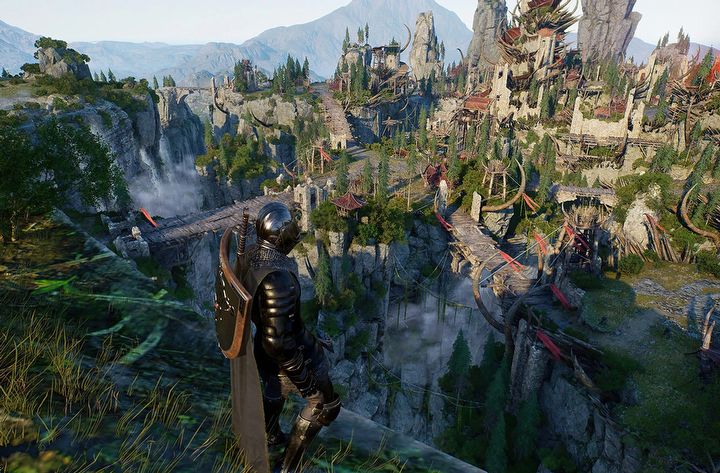 NCsoft, instead of creating Lineage 3, experiments with various projects. Among them there's Throne and Liberty, which will depart from the typical assumptions of the genre. There will be no standard division into classes that focus on taking damage, dealing damage and healing – instead, the MMORPG will focus on versatility and self-sufficiency. The weather and time of day are also supposed to have a tangible impact on the gameplay – for example, the wind will affect archers, and at night we will meet unique monsters.

Throne and Liberty will offer dungeons and raids, but the main aspect of the game will be large-scale battles, in which hundreds of players will simultaneously fight for domination. And here, it actually reminds a bit of the Lineage 2, but we'll see how many of these promises NCsoft can deliver. When it comes to combat, weapons are meant to define a character's skill range, and each hero will be able to wield two different types of weapons, allowing for some flexibility. And of course, no pay-to-win mechanics were guaranteed, but then everyone makes these promises.