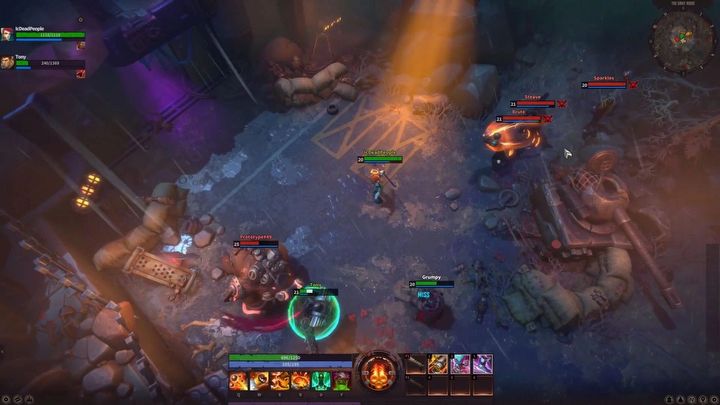 Corepunk could have appeared faster, but it was prevented by the war in Ukraine – the country where the dev team is based. Let's keep fingers crossed for them, because their game is really worth attention. Imagine something like League of Legends with an isometric view, fog of war and an open world. Opponents are supposed to actively react to our actions, not just stand still, treating us with automated attacks. Nevertheless, the combat could seemingly be a bit more dynamic – it looks a bit crude on the materials published so far.

The creators of Corepunk also assured that their MMORPG will be characterized by a higher degree of difficulty from the very beginning. It's not enough to mindlessly click skills; you will need to know what you're doing. Crafting will play an important role in the game, and only the most persistent people will get the best items – Corepunk is supposed to be rewarding for them. Death, on the other hand, will not be the end of the adventure, but we will be punished for it, so beware!