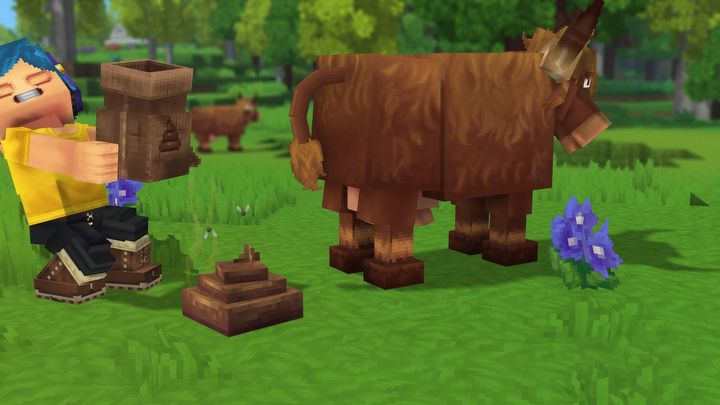 Are you dreaming of Minecraft Online? Then welcome to the club of waiting (for several years now) for Hytale to become something like that. The creators of the most popular game servers by Mojang decided to create their own MMORPG project. This game aroused such interest that Riot Games itself invested in Hytale, thanks to which the developers don't have to worry about the lack of funds. Apparently, they also don't have to worry about deadlines, since they are currently rebuilding its entire engine, so that the whole thing runs smoothly and is multi-platform.

Hytale is not actually a game, but a platform for creating your own adventures. It will provide many tools for modifying servers with your own preferences, making each of them a true sandbox. The procedurally-generated world will be combined with monster hunting expeditions, complex crafting, building, and various types of mini-games. And all this in a voxel style.