We started our field day with Death Stranding and we will finish our field day with Death Stranding. I don't deny that this is a unique game in its own way, and traversing its wonderfully designed world is a truly emotional experience. But after Hideo Kojima was unleashed, free of the shackles that held him back during his work for Konami, and offered total creative freedom, what some of us had already sensed has become even more obvious: Kojima can't write good scripts. 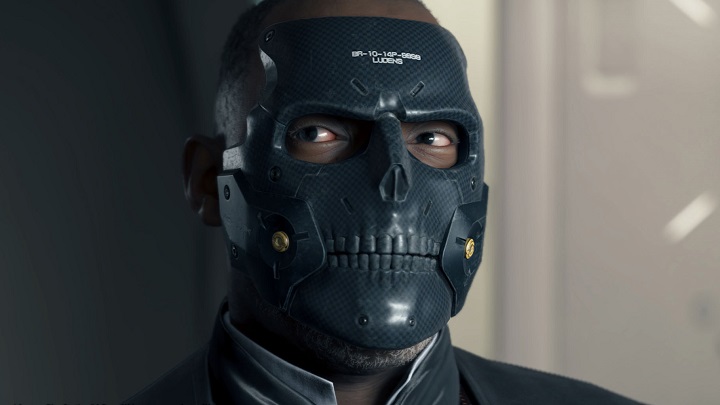 Whats more, he had the sheer gall to create a character called Die Hardman and NOT cast Bruce Willis in the role.

Kojima, as the Metal Gear Solid series has already shown, apparently considers the terms "intriguing" and "confusing" to be synonymous. He jumps from one interesting but barely developed idea to another, which results in him making games that not only the players but also the actors and... even the dev himself do not understand. The creator admitted in September that he himself does not fully understand his work, which may sound exceptionally enigmatic in his own ears, but in practice gives us a story that is simply frustrating to follow. All the more so as the script of Death Stranding is filled with shockingly embarrassing dialogues in which the characters:

(b) tell something loosely related to the idea of unification;

Fortunately, Kojima's latest work is saved by all the other aspects: atmosphere, beautiful audiovisuals, innovative concept. But if Sony is going to continue this cooperation and I assume it will, I am now addressing the company management not with a request, but with a plea: I beg you, give this man a real scriptwriter.