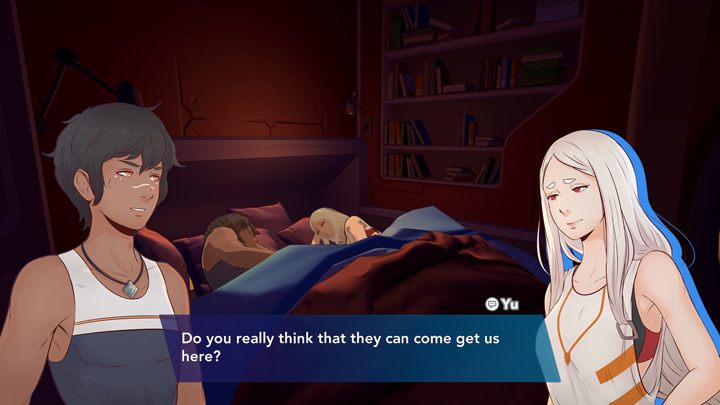 Last year's Haven didn't impress everyone, mainly due to the not very interesting and not very varied gameplay mechanics. However, this simplicity has undoubtedly influenced the fact that playing Haven is more likely to get you relaxed. Instead, the real essence of this production turned out to be its characters, namely a lovers couple, Yu and Kay, who have been together for quite a while. The fact that they escaped to an alien planet that doesn't seem very habitable is just a background.

What's much more important and interesting are the conversations between two people in love. We observe a relationship that we can relate to our own or our friends' relationships. Although everything takes place in an imaginary world, the bond between the characters is painfully real. We listen to familiar exchanges, themes, arguments, and this authenticity encourages us more and more to dive into the story. On top of that, we can also play in co-operation with another person  preferably our partner. Then the immersion goes to a higher level and it's hard to tear yourself away from Haven. 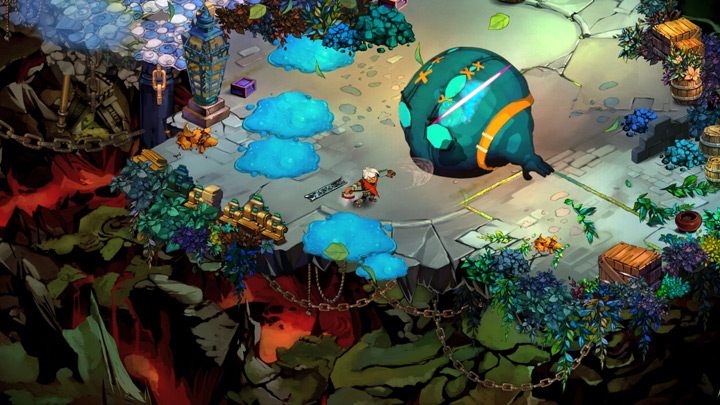 In Bastion, which surprised us in a positive sense almost 10 years ago, it's hard to find an idyllic, warm atmosphere similar to Stardew Valley or Animal Crossing. Here, the world has collapsed and the actions of our protagonist, the mysterious Kid, make the bodies roll. We collect and upgrade weapons and fight beasts in dynamic action sequences. Despite this, we are delighted all the time and we go through the locations with a smile on our face.

The main reason for that is probably the unique atmosphere of this production, which was achieved through a couple of measures. First of all, we have a brilliant soundtrack that immediately catches your attention. Secondly, the great music is perfectly matched by the narrator, who sums up our actions with his incredible voice and always has some accurate, witty or malicious commentary at his disposal. We quickly discover that despite the beautiful hand-drawn graphics, it is the sound layer that plays the key role in Bastion. This game is a bit like listening to a gripping legend or a fairy tale, in which you become totally immersed and you wake up just as the end credits start to roll  like a character from The Neverending Story. 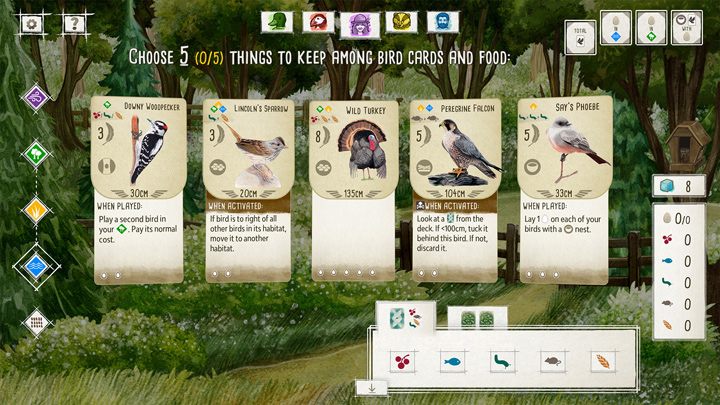 A long time ago, I accidentally came across The Big Year movie with Owen Wilson, Jack Black and Steve Martin. The plot was about a rather niche activity, or rather a hobby, which is bird watching. The heroes competed to see which one of them would see the most unique species throughout the year. Although ornithology is completely out of my range of interest, I watched this picture with real pleasure. Apart from absolutely amazing acting, it was this uncommon theme that made the entire movie so compelling.

The same is probably true of the game Wingspan , in which we develop our nature reserve by acquiring more bird species for it. It's an adaptation of a board game  so everything happens at an appropriately slow pace, and we're mainly concerned with collecting beautifully painted cards.The combination of the narrator's voice, the unhurried gameplay, and the theme that's so uncommon in games makes every session in Wingspan both interesting and delightful. It's like a good relaxing board game.

While we're at the animal-themed games, we have to mention the Shelter series, the third installment of which should be released at the end of March this year. In the previous installment of the series, we played as a female lynx and tried to provide for her offspring. Even before that, we did the same thing as a mom of baby badgers. There's a bit of survivalism in all of this as we try to hunt and protect the young from danger, but in reality, these are just engaging stories about motherhood.

Thanks to this original perspective, we are immediately curious and want to immerse ourselves more into this world. And while there's no shortage of warm, positive moments, one of the more original reviews suggests you stop playing after just five minutes. Why? Because only then will we not have to get through the trauma of the young ones dying or simply going away. The emotions can be really strong then. Shelter shows bluntly that nature can be as beautiful as cruel.