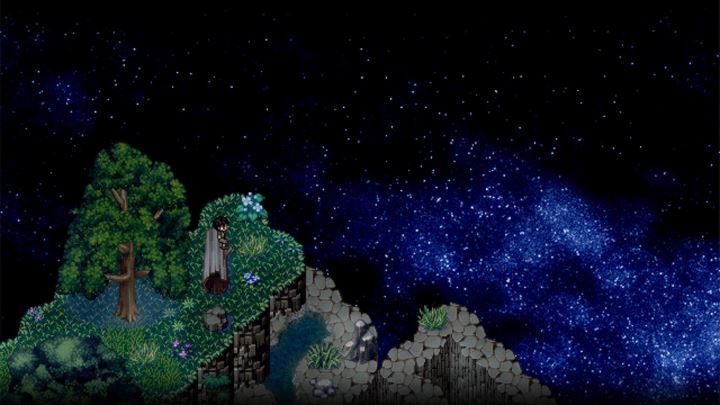 The main character is dying at the very beginning of the game. The team responsible for making his last dream come true reaches him in the last minutes. Although the patient is still alive in medical terms, he is practically dead. All the specialists, the scientists of Sigmund Corp., can do is replace the real memories in his brain with fabricated ones, so that he can feel fulfillment.

John's greatest dream was to get to the moon. Over the years, however, he had to face reality – without education in this field, he had no chance. John grew sadder and hopeless as he mourned his long lost brother, and then his beloved wife. In the end, he was left all alone, thinking about what his life would have turned out to be if he had gone to the moon.

At first, scientists just want to incept a mention of a flight to the moon. John's brain, however, rebels and does not allow it to take seed. The wife's illness seems to be the cause. So, scientists go back further into John's youth. Still, they cannot achieve their goal. They manage to do this only when they "correct" the childhood memory of his brother's death It turns out that John never really shook off his mourning. In an alternate version of his life, in which his brother is still alive, the man goes to college and ends up in the Space Agency. He also meets, although under slightly different circumstances, his future wife. And finally, she fulfills her biggest dream – a flight to the Moon.

I will not write that death games are my electronic fetish. But there is something about them all that allows you to enjoy the game and at the same time leaves thoughts usually pushed aside in your head. If there is any way to deal with the death of loved ones and the imminent death of ourselves, these are hardly games. But some at least cheer you up and let you smile through your tears.