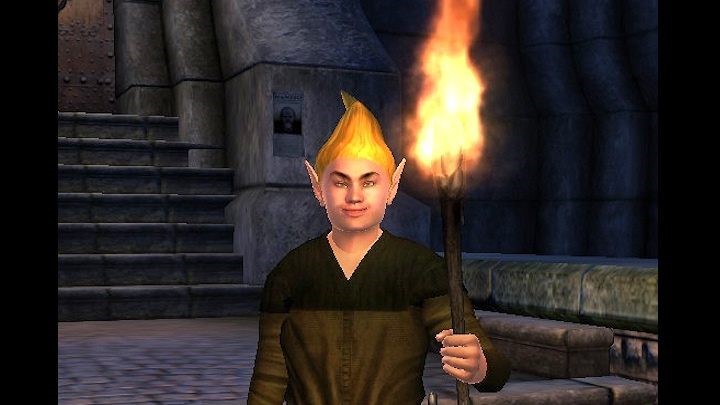 Who is an Adoring Fan?

Adoring Fan from the fourth installment of The Elder Scrolls is somewhat similar to Mud from Gothic, though his role and story are definitely more humorous than tragic. It's also a heavily annoying and useless NPC that becomes our companion. We meet him after becoming the grand champion of the Arena.

The grandmaster has to have a fan club – unfortunately, it only consists of one person – an elf with a conspicuous hairstyle and strange smile. Adoring Fan accompanies us at every step, annoys us with his texts, and in emergency situations – such as an attack of enemies – escapes the area.

Why do players hate Adoring Fan?

The list is long – uselessness, blatancy, and annoying conversations. Adoring Fan keeps buttering us up so often, that it makes the player more and more fed up with him with every second. As with Gilbert, players outdid each other on the forums with stories and videos about ways to get rid of him permanently. One of the more popular methods was to go with him to the highest point on the map – Dive Rock – and drop him from there. Another option, on the other hand, is to corral the most dangerous beasts in the game and sic them at the Fan. Among all these macabre descriptions, I also found one that deserves a special mention. In fact, a certain player decided to completely ignore this character because he somehow found it hard to kill someone just because... he annoyed him!

And you, how did you deal with it?