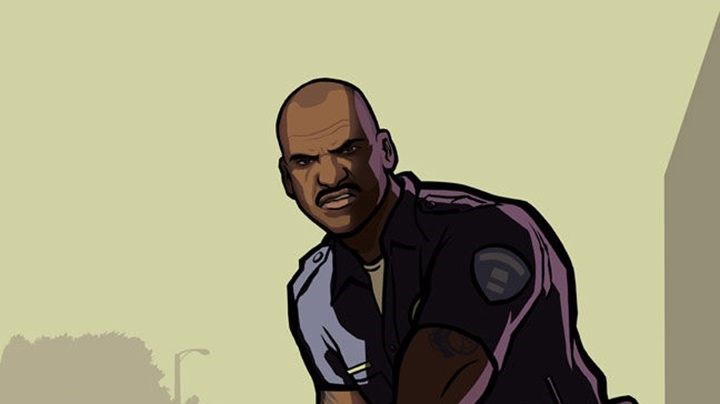 Who is Frank Tenpenny?

Frank Tenpenny is a law enforcement officer, a Los Santos police officer, and a member of the special organization C.R.A.S.H. set up to fight street gangs. He is voiced by Samuel L. Jackson. Tenpenny is first and foremost a corrupt cop and a sadistic sociopath. He is easily angered and loves to manipulate people and cause them pain.

Instead of upholding the law, Frank works with the Ballas gang. He allows the city to be flooded with drugs and plans to get as rich as possible from it. He threatens to frame the main character for the murder of a police officer, hoping for his complete obedience. In many rankings, Tenpenny is cited as one of the most interesting and distinct antagonists in gaming history.

TENPENNY IS MODELED AFTER A REAL PERSON

C.R.A.S.H. Organization – (Community Resources Against Street Hoodlums) really existed from 1979 to 2000 in Los Angeles, and in 1997 it was at the center of a huge corruption scandal in which the LAPD's involvement in murders, thefts, hiding crime evidence, and Los Angeles gang activity was revealed.

Frank Tenpenny strongly resembles Rafael Perez – one of the police officers most implicated in the C.R.A.S.H. corruption scandal. Among other things, he was accused of being a member of the Bloods gang and the murder of famous rapper Notorious B.I.G. You can read more about Los Angeles gangs and C.R.A.S.H. organization and their connections to Rap, Riots, and Gangs of LA – True Story Behind GTA: San Andreas article here at Gamepressure.com.

Why do players hate Frank Tenpenny?

The reasons are obvious – he's the perfect antagonist. Evil, brutal, ruthless, devoid of any positive trait. From the very beginning of the game, he shows his true face, making us hate him from that moment on. The policeman treats CJ as dirt, manipulates him, and demonstrates his superiority with sadistic relish. At the same time, we have to follow the script and just can't take out Tenpenny at the earliest opportunity, which deepens the frustration and intensifies the hatred. It is also worth adding that Tenpenny's companion Eddie Pulaski evokes similar feelings. He, in turn, was voiced by Chris Penn, brother of Sean Penn.