Elizabeth – the characterful lady of the tower

There are many memorable characters in the BioShock universe, but none of them are as interesting and multifaceted as Infinite's Elizabeth. Even if you missed this series, you can certainly guess that she plays a key role in the story from what you've read. When we get to know her first, we don't even realize how important he is both to the story as a whole and to Booker DeWitt, the protagonist, personally.

We begin to realize this by spending another several hours with the stunningly animated Elizabeth. Although the girl accompanies us almost all this time, yet her presence isn't irksome – and if it does, it's only due to the heroine's pugnacity and sporadic acts of malice, her sarcastic humor, as well as her occasional hasty, thoughtless actions, and sometimes deficient AI (as is often the case in video games). 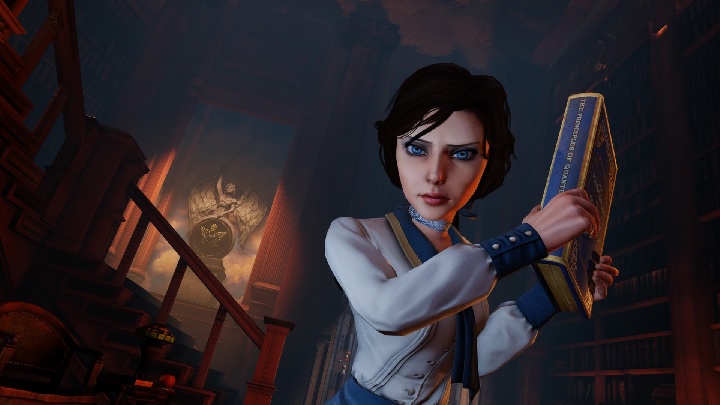 In other words, Elizabeth is a well-written character in two ways – both the writers and the programmers have done an excellent job. Despite some flaws of character – or maybe thanks to them? – it's impossible not to like her. The charm of this heroine doesn't falter even when we learn all the secrets related to her.

And though I always have them in the back of my head, I can always see her as she were at the beginning of the game – seemingly helpless, almost cliché damsel in distress, a princess from a tower with great knowledge but little experience. Whenever I return to BioShock Infinite, I enjoy watching this heroine evolve, gain powers, and increasing confidence in Booker, despite initially accusing him of bad intentions. It's a pity that there are relatively few such detailed and interesting characters in video games, who, in addition, are able to toss us a first aid kit or some ammo when we find ourselves in dire straits.