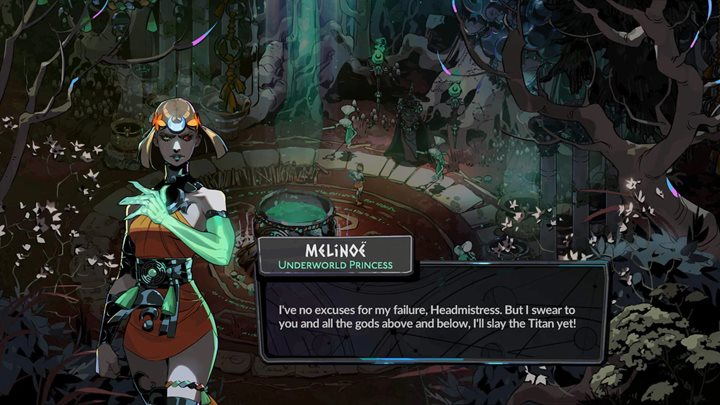 The second Hades will show completely new lands while retaining the style of the first part. Photo by Hades 2, Supergiant Games, 2023.

Hades convinced the players that overcoming the same locations can be an experience so interesting that they will gladly devote even several dozen hours to do so. The popularity of the game turned out to be so great that it overshadowed the achievements of otherwise anonymous earlier works of Supergiant. Therefore, the studio decided that this production, as the first of the titles signed with the logo of this creator, will receive a sequel .

Zagreus, the protagonist of the first part of the game, will be replaced by one of his sisters - Melinoe. However, she will not try to get out of Hades, but will travel a path that will allow her to kill the titan Kronos, privately her own grandfather.

The gameplay is to be similarly dynamic, and Melinoe's immortality allows her to come back from the dead enough times to achieve her goal and kill the immortal tyrant as well . It is not yet known whether the story in this game will turn out to be as well-developed as the previous one, but there will certainly be difficult decisions. In addition, the main character will use the help of Hekate and a dozen gods, not only Olympic ones, so there will be more possibilities than in part one. The question that springs to mind is: how will this work out in practice? But the fact that it's a game by Supergiant studio completely calms me down. And you? Write about it in the comments!