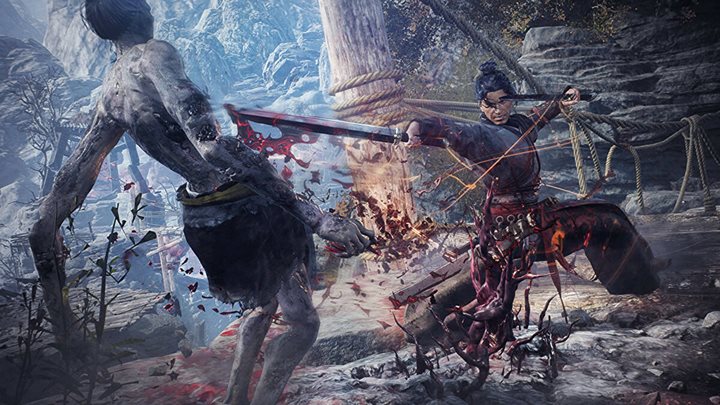 If the whole game makes brutality art as good as in the image above, I'm buying Wo Long without hesitation. Photo by Wo Long: Fallen Dynasty, Koei Tecmo, 2023.

On promotional materials, Wo Long: Fallen Dynasty simply impresses with visual bells and whistles. The atmosphere changes significantly depending on where we are currently, and clashes with demons are a real macabre masterpiece. What's more, the developers decided to use Chinese martial arts, rarely used in other games of this type (unless in a heavily Europeanized version).

The first promotional materials indicate the extraordinary care with which attempts were made to reflect the realities of the alternative timeline of ancient China. And it must be admitted that due to the actions of the creators, the invasion of demons during the late Han dynasty does not seem so unusual at all. Just another danger faced by the last members of the family (indirectly) and soldiers fighting for the security of the Middle Kingdom (quite directly).

The clashes are focused on the player's arcade skills. Of course, sufficiently high stats can help, but they won't replace weapon mastery. We can only activate supernatural powers when we kill enough demons and increase our confidence factor. It is worth remembering, however, that they are intended only to support the combatant, and not to replace the real struggle.