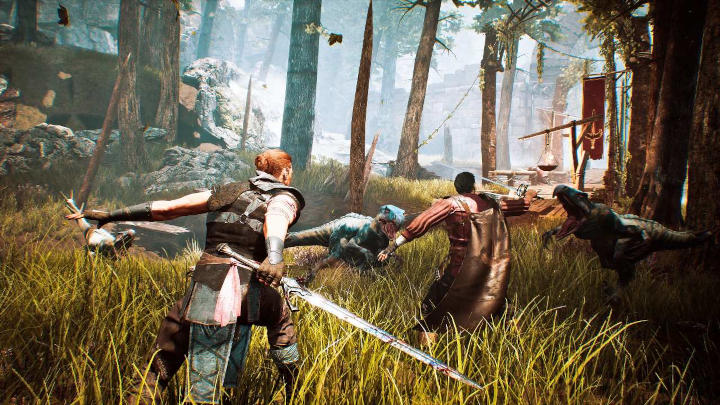 A Gothic walk often ends with meeting the reptilian part of the forest inhabitants. Photo by Gothic Remake, THQ Nordic, 2023.

Gothic has aged primarily in terms of its visuals. No wonder, after all, more than twenty years have passed since the premiere of the first game. However, the most faithful fans do not mind at all, but the creators have to earn something. And since they already have such a sensational plot as the one from the first Gothic , why invent a new one?

So, first of all, the environment will change. There's no denying that the game will look like a second Horizon or Elden Ring , but Unreal Engine 4 still provides a really nice aesthetic experience . Traveling through the dangerous areas around the mine can be a pleasant and surprising experience, even for the veterans of the series.

The mechanics will also change. The one from the original Gothic, along with the anachronistic interface, has already grown old. That is why it was decided to change the combat system, simplifying it a bit, although we do not know its final version yet. We'll see if fans of the old Gothic and players who have never had contact with this title will be as satisfied after the premiere.