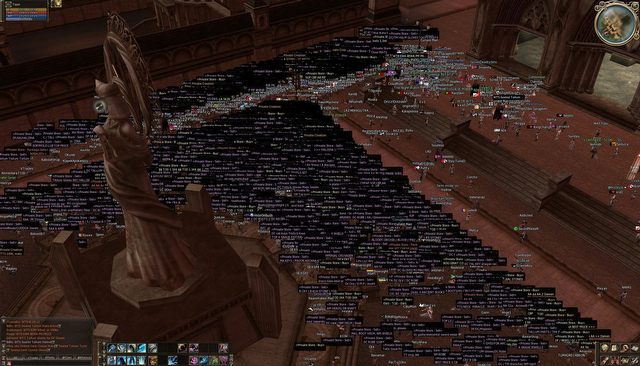 MMORPG games are based on grind. Some titles attempt to pretend it's otherwise, giving us a huge amount of quests to fulfill, while others don't bother fooling anyone. Lineage 2 falls into the latter category. Of course, there are some missions to be performed, at higher levels some are extremely vital (such as the one for the Strider, which is triggered from the Hatchling's quest), but you'll spend most of your time killing mobs in bulk.

I'm not kidding, the opponents you're going to have to fight can be counted in the millions. Lineage 2 was created at a time when it was normal to devote your time to a single production. The title didn't have any catch-up mechanic originally, so it was possible to see who had spent a lot of time in the game and who had been playing since recently  at first glance . It was a sign of some real splendour if the clan had a player in the 80s, or even higher.

Here, however, it should be noted that the charm of the grind in Lineage 2 was that actually the whole game was based on this simple activity. Want to reach a higher level? Grind. Want to make money on soulshots / spiritshots? Grind. Need equipment? Grind. There was a certain charm to this simplicity, and no one needed an inflated plot to have fun.