Speaking of Game Pass and flying. Microsoft Flight Simulator is a very realistic simulator of civil aircraft. Again, I was tempted by availability in Microsoft pass, although in this case, I knew immediately – or at least assumed – that the game wasn't really for me. However, this is how the service works. As part of it, we check titles that we would never buy otherwise. 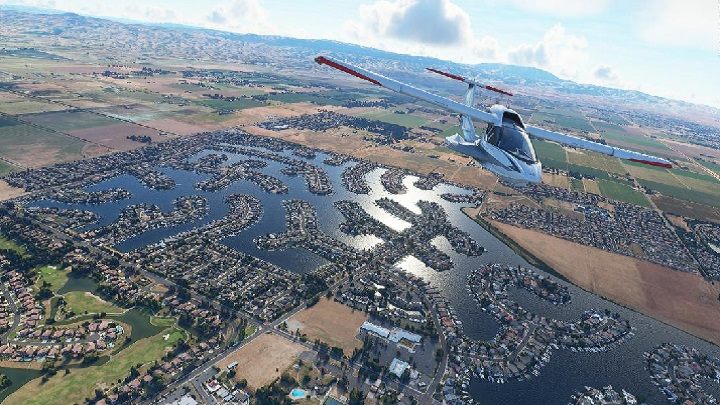 The views are really amazing – until we get closer to land.

Nevertheless, a few hours spent with MFS was enough for me to perfectly understand the motivation of people reaching for it. It is just stunning. The views are literally breathtaking, and the machines have been reproduced with great reverence. The flying model has been designed to give much pleasure to all players – regardless of their skills. If you want complete relaxation, it's enough to lower the difficulty and you can enjoy volumetric clouds and swathes of air space beneath them.

However, it wasn't very difficult for me to break away from these views, because there's little to do in the game itself – at least for a "regular" player who counts on a typical mission or story campaign. It's a simulator after all, isn't it? It's about enjoying the flight and playing the role of a pilot. It's not a game for everyone – it definitely isn't for me, especially in the long run. Average MFS people get bored very quickly. Fans of flying will probably never get enough of it.