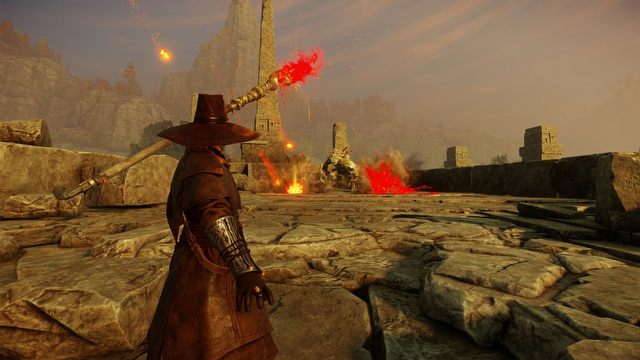 New World gave MMORPG players a lot of hope this year, but at the same time raised many a doubt. On the one hand, it seems that we will get a product with a unique combat system, which graphically will leave the competition far behind. On the other hand, it's apparentNew World needs thorough refinement: content is lacking and the ideas for gameplay are kind of vague.

Actually, I have a big problem with that game. The survival elements were clearly preserved, and the ability of setting up a camp or expanding a village seems really interesting. At the same time, this game doesn't necessarily fit MMORPG concept, since the tasks or character development are extremely limited  even by the standards of this genre  and simply boring. It's therefore difficult to consider New World as a full-fledged representative of online RPGs, rather than a more complex survival, which, incidentally, it was originally intended to be.

For now it's a patchwork of everything and nothing  I hope that Amazon will be able to take a decisive path and stick to it. There is a lot of potential in New World and it would be a pity to leave it untapped.

MIA: LORD OF THE RINGS by AMAZON

Last year, we listed Amazon's Lord of the Rings as one of the most anticipated MMORPGs. We'd love to add a bunch of details and a hint of optimism this year. Unfortunately, we're unable to do so  we haven't learned anything new. Amazon didn't release any new details about the upcoming game, not a release date nor progress information. The only word is that they game's supposed to be different than the original. Thanks for nothing.