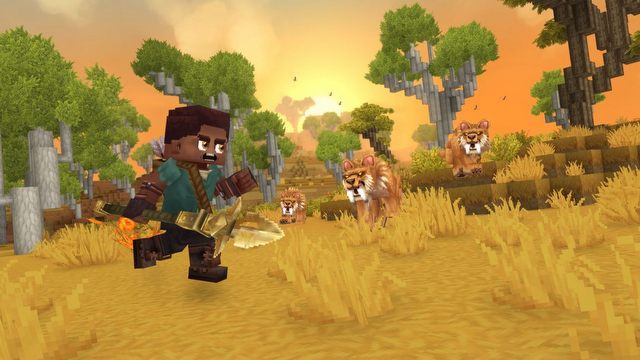 Many games developed by Riot are based on the League of Legends universe. However, the company found the time and resources to support Hypixel Studios in creating Hytale as publisher of the game. Hytale is in the simplest terms an MMORPG reminiscent of Minecraft. We have a procedurally-generated world with various biomes, monsters to hunt, extensive crafting, and exploration. What more do you need?

Hytale is rightfully called the marriage of MMORPG and Minecraft. The developers of the game used to be active modders of the Mojang game. Now they are preparing an independent project, taking full advantage of the freedom. We will build our own homes and even settlements, freely develop characters or focus on trade and extraction of raw materials.

Interestingly, Hytale, although it is set to play online with other players, will also allow you to play alone offline. We will also get the opportunity to set up private servers, and a whole package of administrative tools to modify the rules of the game!