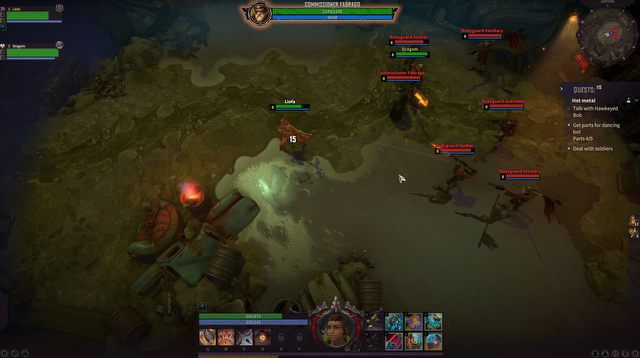 One of the newer games on the list, Corepunk, at first glance doesn't look like a typical MMORPG. The specific interface brings to mind League of Legends. However, the creators themselves admitted they were inspired by the MOBA genre in several respects. Combat is supposed to be fast and intense, and players are supposed to feel safe only in cities. Outside, players will have to be on their guard at all times.

The creators already declare it will take about 80-100 hours to reach the level cap in Corepunk. Crafters should also be happy  the best artisans will craft rally-grade equipment. You can also acquire legendary equipment, but it will be a time-consuming process, requiring patience and sacrifice.

All this looks promising, but at the moment, we only have words and assurances, which  as you know  can often diverge from reality. Nevertheless, it is worth watching this one, because even if it doesn't conquer the market, it will at least stir it up a bit.