At the deep end

Seeing how wildly popular this type of games became, Blizzard made a decision to organize a separate tournament with cash prizes at BlizzCon 2005  the idea, although great, was unfortunately ruined by poor organization. As a result, none of the best clans appeared at the event, and most fans completely ignored what was happening on a stage located in a far corner. From today's perspective, it looks like a disastrous move on the part of Blizzard, but let's keep in mind that over a decade ago few people expected e-sport to become the giant business it is today. This hardly professional approach to the DotA tournament can therefore be rationalized somehow. 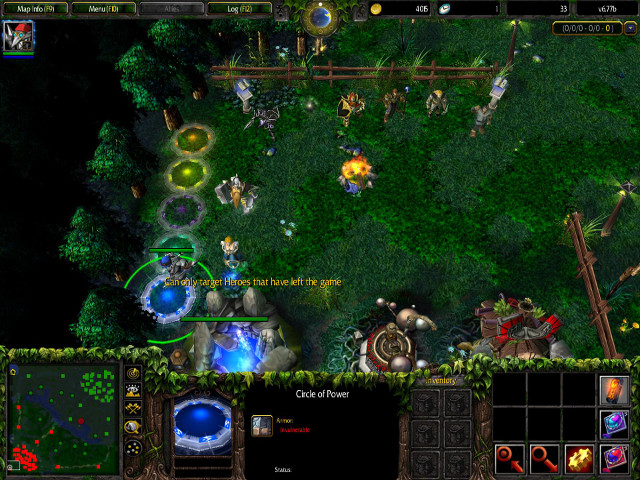 The mod became an instant hit.

What didn't work out during Blizzcon was soon done at World Cyber Games taking place in Singapore. The presence of the mod on such a serious and big event won it attention of even more people including those who had so far shunned strategic productions such as Warcraft. The gameplay looked nothing like what the games of this genre were associated with  it was very dynamic, extremely impressive and exciting from the first second. DotA tournaments were soon organized by other large institutions  ESL, Ogame.net or Dreamhack, offering increasingly interesting prizes for the best teams. As for Blizzard... Well, Blizzard just stood there and watched the events unfold for the next couple of years. 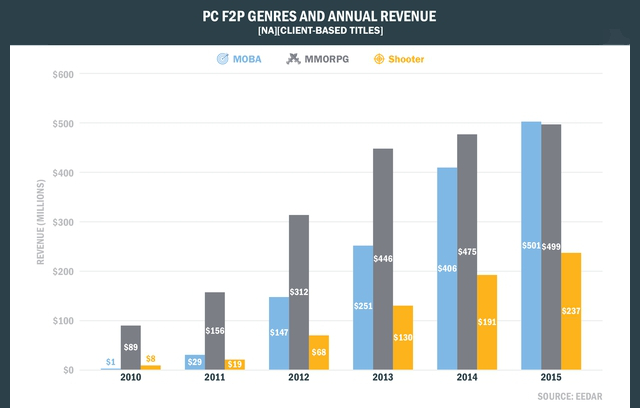 This is how MOBA games (marked in blue) take the leading position among the free-to-play productions.

We keep on sleeping...

The studio didn't even lift a finger when completely separate productions started to emerge based on the same premise that DotA employed. The first one to gain considerable popularity was Demigod, but its success was dimmed by League of Legends released six months earlier (i.e. in October 2009). The game was obviously inspired by the modder map in aspects such as the design of heroes and the victory condition mechanics; it was also completely free. Serious money was invested in its promotion which combined with an affordable nature of the game gave fantastic results. The emerging MOBA genre attracted hordes of fans, and most of them centered around the production from Riot Games. Almost all developers realized that this was the direction to follow  the number of new productions of this type went through the roof, but the increasing revenue of the creators of League of Legends was a quite convincing argument in favor of continuing this trend. One simply had to invest in MOBAs  the potential profits were too high to ignore. This frantic race was soon joined by Valve, which in 2009 employed IceFrog himself. Several months later, Dota 2 was announced... and that's when Blizzard awoke from its lethargy which lasted a solid couple of years. 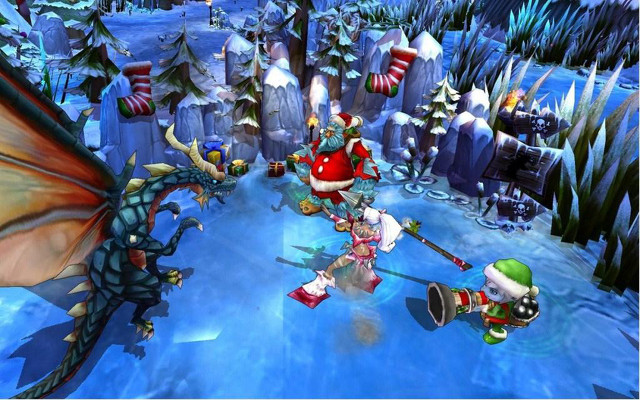 League of Legends proved to be a real Christmas present for Riot Games investors.

The company quickly issued a lawsuit against Gabe Newell & Co. for copyright infringement  after all, the name was identified with the work that originated within the community centered around one of Blizzard's games. In addition, a while back Blizzard acquired the rights to the name DotA Allstars (so far in the possession of... Riot Games where Guinsoo worked) and there were grounds to believe that these reasons would be sufficient for Valve to refrain from using the term "Dota" in relation to its production. Prior to the final, court resolution, both sides managed to reach a consensus. What exactly transpired behind closed doors, we'll most likely never know, but in the end Blizzard and Valve entered into an agreement under which the latter retained the right to use the previous name of the game. In all likelihood, that's when the creators of StarCraft, Warcraft, and Diablo realized that they could no longer ignore the phenomenon into which DotA evolved, and decided to salvage as much as possible from this situation.