We're ringing the alarm, but theres no rush

During Blizzcon 2011, Blizzard revealed its own, somewhat changed vision of gameplay (the one shown a year before turned out to be a failure)  it looked pretty decent, but soon we found out that the company itself didn't know exactly what direction it wanted to take with the game. Things were changed and modified constantly, and the representatives of the studio even admitted in their official statements that they there was still something not quite right with the production. Although patience usually paid off when it came to Blizzard, in the situation in which the developer found itself the prolonged search for the right formula was the worst thing that could happen. 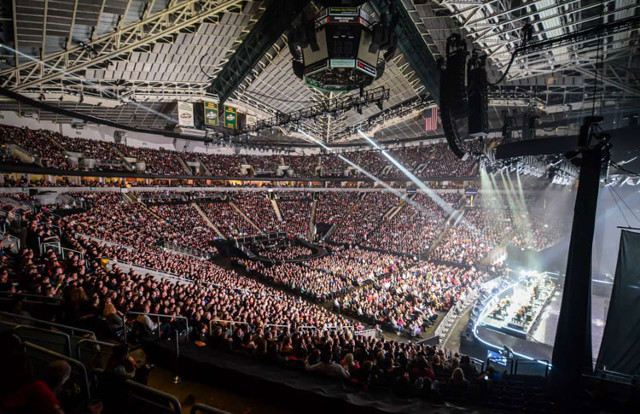  Hey, millions of people play these games and watch tournaments, maybe we should do something about it?  Relax, there's no rush!

At the time when an attempt was made to determine how Blizzard's DOTA should look like, League of Legends broke further records of popularity, and Valve organized Dota 2 tournaments with a prize pool exceeding USD 1.6 million. Unfortunately, this didn't prove to be a sufficient reason to encourage Blizzard to turn up the pace of their production  the company finally stepped onto the "right path" in 2013, when the game was given a new title. Heroes of the Storm was to revolutionize the genre, but it wasn't until March 2014 that a broader group of players could see what it offered. The alpha phase that was launched lasted for another few months...

The loss and gain of Blizzard

It's best to discuss this matter as compared to the two titles that are now the driving force behind the MOBA genre, namely Dota 2 and League of Legends. In the first case we are dealing with about 10-11 million unique players each month and a revenue amounting to USD 18-19 million (every 30 days as well!). In turn, League of Legends can boast over 60 million unique players and an income of USD 120 million per month. The numbers seem to be astounding, but what's even more important is that they are constantly growing.

According to the most optimistic predictions, Heroes of the Storm, the first MOBA from Blizzard, can earn about 10 million in its peak period, although analysts acknowledge that its more likely to be a number in the range of USD 5-6 million. This result, though quite decent, remains far behind the leaders... of which Blizzard could be a part if not for its lack of attention (which lasted several years).

Is there still a chance for Blizzard?

THE VALUE OF THE MOBA MARKET IN THE US OVER THE YEARS:

An indication that the works were nearing completion came in the form of the announcement of beta tests. They took off quite recently, in January 2015, whereas the official launch of the game is scheduled for June 2. Admittedly, the game is addictive and actually offers something different than the competition, but these innovations are not ground-breaking enough to attract the community of the fans of the genre. It seems that Blizzard remained true to its strategy of releasing productions once it deems they are properly developed. Its a commendable attitude, but the authors didn't take one very important aspect into account  the people who have invested hundreds or thousands of hours in League of Legends or Dota 2, and also spent a lot of money on them, will not be particularly willing to suddenly switch to another title. This is a psychological mechanism based on the premise of commitment growing with time, which in this case is quite apparent and shouldn't be ignored. 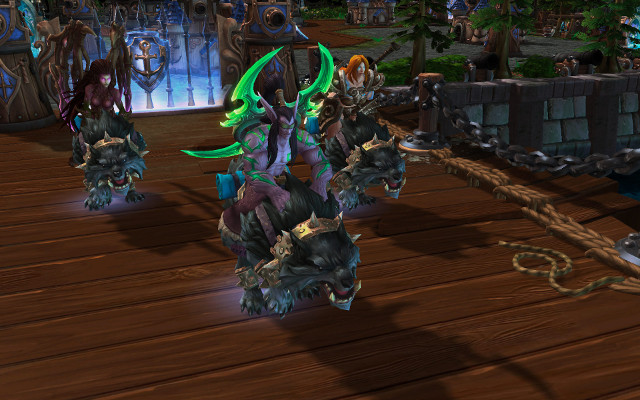 Let's charge and take back our position!

Though I may be wrong in my predictions, I suspect that Heroes of the Storm will manage to attract for a longer period of time only those who are just getting started with the genre or are true Blizzard worshippers, playing almost exclusively the productions of this studio. Neither of these groups is in any way a less valuable part of the MOBA fan community, but in comparison with the following that Valve and Riot Games managed to maintain, they wont be very sizeable. In this case, the time spent on building the market position plays a pivotal role, and Blizzard, due to its misguided approach, lost several years and started the race at a serious disadvantage. During that time, the competitors managed to fortify their positions so well that direct rivalry is basically out of the question. Unless, of course, the studio has an ace up its sleeve and is going to use it to its advantage when we're close to the release date of the game.