Safety rules? What for? 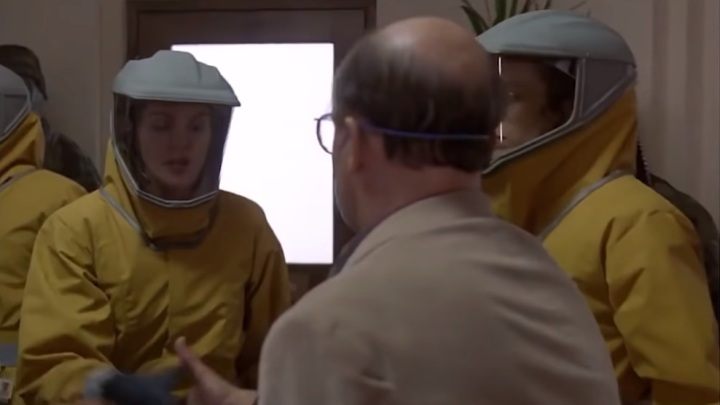 No respectable epidemiologist would shake this hand.

Back to Epidemic, which for a movie with this particular title was pretty miserable at exercising even the most basic realism. Watching the movie, you may notice an awful lot of handshakes – I mean, we're in the middle of a crisis. Close physical contact, especially of hands and face, is a big no-no. This is just asking for trouble. In the same scene, locals also don't have gloves on, which is another good idea for contracting something nasty.

In Epidemic, there are also glaring inconsistency with regard to protection of doctors treating patients – in the same scene, we see scientists in full protective suits, doctors with masks and face shields, and doctors with masks only. The latter would never actually pass – eye protection is one of the absolutely basic protective measures when dealing with isolated patients. 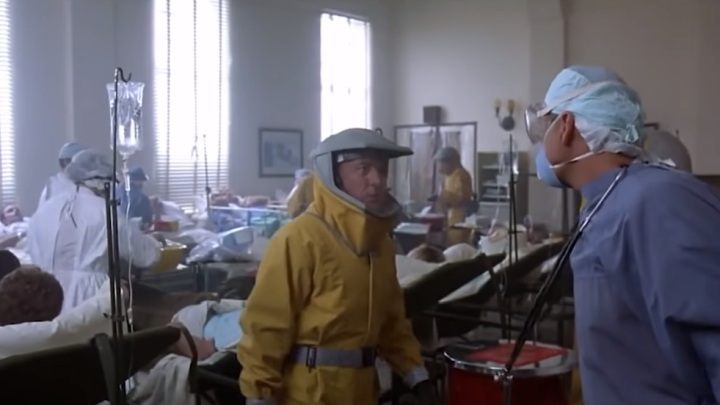 In the same movie, we have scenes where doctors move freely between quarantined areas, public lobbies and rooms with patients. In one such scene, a doctor who entered the isolation ward five seconds earlier, goes to a patient and says that the patient didn't have contact to any person under quarantine – oblivious to the fact that he himself is such a person. In reality, anyone leaving quarantine area has to be disinfected. Otherwise, the disease would spill all over the place.