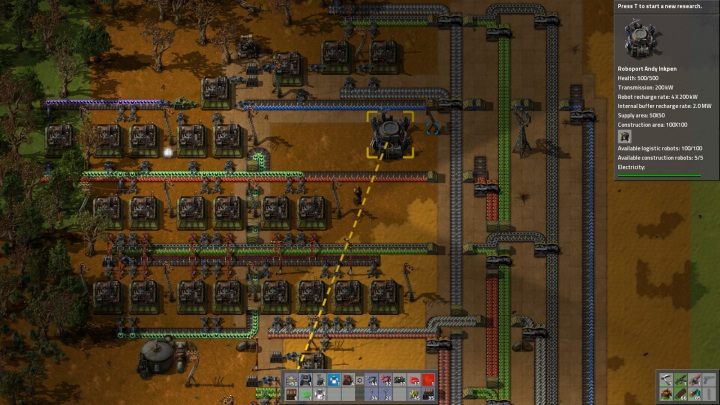 What exactly is Factorio?

The debut project of Wube Software studio, released in 2016 on Steam's Early Access program (and was previously available for purchase on the band's official website) and is now finally getting its final release. While playing, we manage and expand a network of factories on a perilous alien planet.

The action in Factorio is shown from top-down perspective, and the gameplay consists mainly of expanding and optimizing production lines, the end goal being the construction of a space faring vehicle that could get us the hell out of there. Our tasks include collecting raw materials, introducing new technologies, building new facilities and developing production chains and supply lines. Since the planet is inhabited by hostile creatures, we also have to maintain and improve our defenses by building new structures and expand facilities, so as to be able to repel waves of more advanced enemy forces. We can also take a more proactive approach and try to take the fight to the nests of the space bugs.