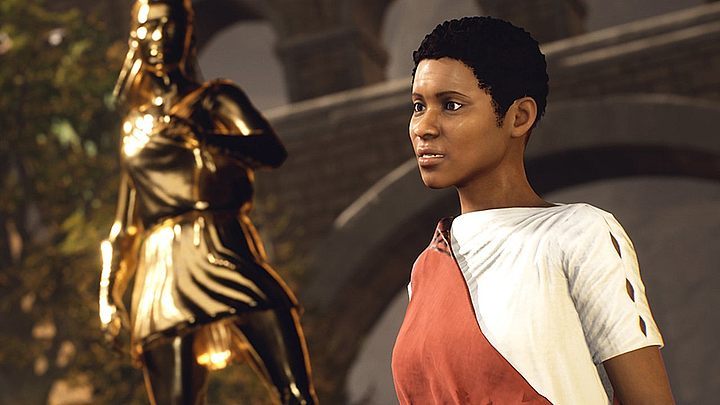 The Forgotten City may not be a full-fledged RPG, as it is closer to an "RPG-like" adventure game, but first, it originally worked as a mod for Skyrim, and secondly, the multitude of various choices, characters and dialogue lines makes each playthrough a completely separate story full of plot delights and electrifying twists.

This ambitious, independent project was developed by just three buddies, lead by (now former) lawyer. I am always in awe when I think about how great a design he came up with; how fantastic the writing is and how nuanced a world he introduced.

In The Forgotten City , we play as an anonymous gentleman who suddenly wakes up in a remote place next to the ancients and with a mysterious woman by our side. The protagonist fell victim to a time loop, which forces him to relive the same day in a village located outside time and space, inhabited by ancient Romans. In addition, it was settled by ruthless gods in a highly dishonest principle that committing a sin by one of the inhabitants brings demise to the rest of the citizens.

This series of crazy concepts that may at first seem difficult to digest works perfectly in the game itself. The mystery of this curse and numerous side threads related to it are very much worth experiencing – especially since the creators gave players a lot of freedom. You can try to murder any NPC or fight monsters, but you should take into account the risk of bringing God's wrath on the whole town. So, it is better to be equally effective in your actions while at the same time remaining a polite and law-abiding "Roman."