How to deal with cheaters? 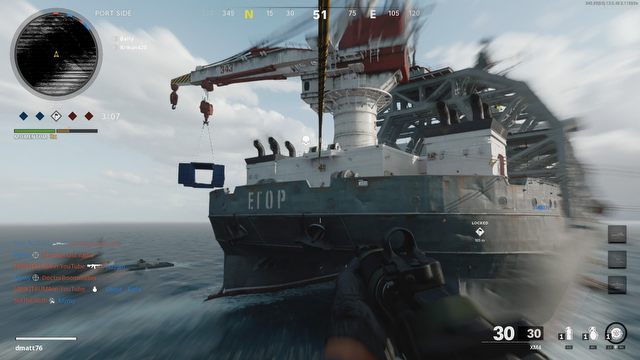 Cheaters are a very serious problem in Modern Warfare, especially on PC. Do you have some new ideas, new strategy how to fight them? Have you prepared any drastic measures to keep cheaters and hackers away from the game? Can we expect some good changes in that matter?

Yes. We have a dedicated PC team. It is the same team that worked with Modern Warfare and Warzone and they are continuing to support those games as well as Cold War. It is the same expertise being brought to Cold War. It can affect some of our design decisions as we go, as we keep an eye up of what sort of mechanics cheaters might leverage when they are writing their cheating algorithms and programs, what sort of mechanics they piggyback those onto. Thats something weve been aware of throughout the development and we will continue to mother that without any stops or breaks, as it has been mothered through Warzone and Modern Warfare and to the Cold War and Warzone season.

What ideas did you personally like in the work of your colleagues from Infinity Ward?

Ive been working with the weapon scene really closely for a long time and I think they really did an amazing job with the feel of weapons and shooting mechanics, the authenticity of it. We thought that it was really nice, we worked with them to understand what they were going for, that perspective, the feel. Our focus on weapons is about feel and I think we put even more focus on the balance in the gameplay mechanics. You will see that come through in a lot of the statistical details in the Gunsmith in Black Ops: Cold War  thats new there.

We have talked to them about the feel of their guns and how they approach to it as a part of that bridge building that I was referencing. We did some work on our gun shooting feel to take in some of the inspiration from Modern Warfare, so when you go from one game to the other, it feels like the same universe, the same world and guns feel satisfying in both games in equal way.

How did the Black Ops beta changed compared to the alpha we could try some time ago? Did you make some major changes to core mechanics?

Yes, we put a lot of work and the changes are huge. We did take the weapon, shooting, movement, animation system to a whole another level. That includes the entire feel of shooting from the animations to the sounds, to the hit markers, to all animation transitions throughout combat. That has taken a huge step up and we are really happy with that. Thats what I feel the most when Im playing the beta and comparing to alpha. But of course, there are many big changes even more visible than that, for example the new Fireteam mode that is something weve been working on for a long time.

Forty players mode with ten teams of four in the biggest maps that we have in the game by far. Thats what will be coming in weekend two of beta. We are really excited for players to get their hands on it. It brings a whole different experience, dropping in with your squad, looting, collecting resources, capturing objectives, fighting against nine other teams with squad based and revives mechanics. Its really the combination of us exploring a new space with very large maps and squad-based mechanics like parachuting to the map and trying to survive. It came together really nicely over the course of the project. We wanted to support that type of gameplay as we came out of Blackout of Black Ops 4. And we cant wait for player to get their hands on for weekend two. 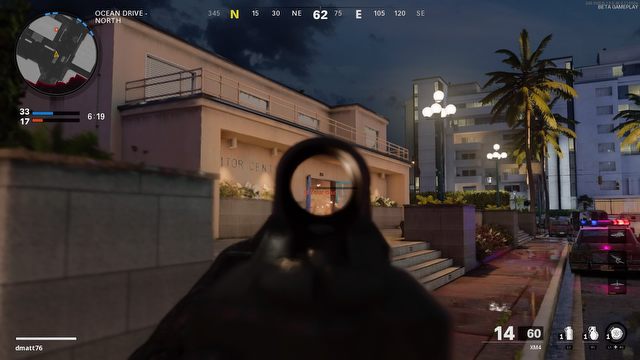 Did you make any significant improvements in terms of gunplay?

With regards to aim assists. Sometimes we get feedback that players are trying to target players and the aim assist gets dragged up or get dragged through the geometry of the levels. For aim assist weve made number of improvements to help with a smart system determining the enemy that you intend to shoot at. We also increased the aim assist to function on greater distances with more precision. So, when you are aiming at enemy that is far away. In old games you were just losing the system entirely, there would be no stickiness which would make it difficult to stay on target at longer ranges, which ultimately, we found incentives shorter engagements distances, because people just couldnt engage in combat at longer ranges. We solved that with the new aim assist system that we have which functions better at longer ranges.

Last thing is destructible cover. There are numbers of objects in the game world that can be destroyed. Destructible covers are really fun, they change the environment as youre playing whether they take explosive damage or bullet damage. There is destructive object damage mechanic in the world. It can be destroyed depending on which level it is. These are all things that players can learn and find out and it is unique to each map. And there is no aim assist on any of these objects. So, the shooting never impact your aim when youre aiming at enemy players.