Call of Duty: Reimagined  the story the world deserves

So what's the setting of the new Call of Duty? The previous Modern Warfare focused on a fictional conflict between the United States and Russia, ultimately creating a totally bizarre version of the world that even Tom Clancy on LSD wouldn't dare showing the world. While we  the players  were striving to save the US of A from a nuclear holocaust as if Khrushchev was still in power. In the meantime  and in the real world  the ISIS was beheading people, organizing terrorist attacks in major tourist cities, and European governments entered a bitter argument over migration policies. 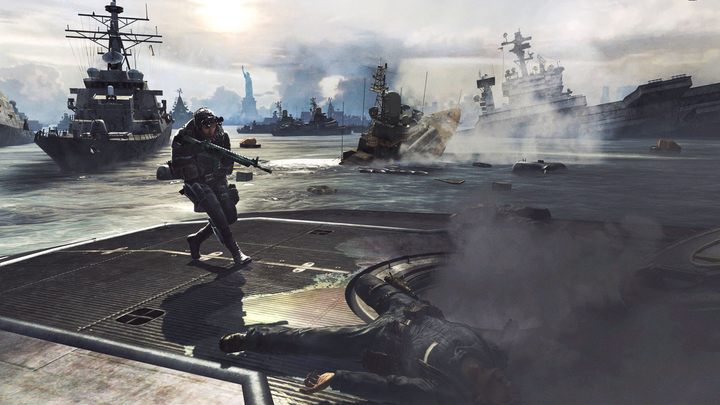 The devs probably noticed that the formula from 2007 isn't really doing the thing now. Put it another way  even more bluntly  creating untold factions and groups of blood-thirsty mercenaries isn't that challenging when you have these kinds of problems just outside your window. There are currently about 40 wars or armed conflicts around the world (data may differ depending on the source and adopted criteria). How many can you name? The world has changed, and modern video games should  or even have to  tackle it, Call of Duty included. Hence the "reimagined"; the transformation of the way the entire gameworld, its history included, is conceptualized.

Our sad and tempestuous reality influences the story in the game. The conflicts, in which we'll participate will no longer be black-and-white. Welcome to the twilight zone, where you try to distinguish the shades of grey without even being sure if you're with the good guys. Associations with Spec Ops: The Line seem most appropriate. The reboot of Call of Duty: Modern Warfare is not only a way of breathing new life into the series, but mainly a chance to jab our conscience, by presenting violence differently than were used to. 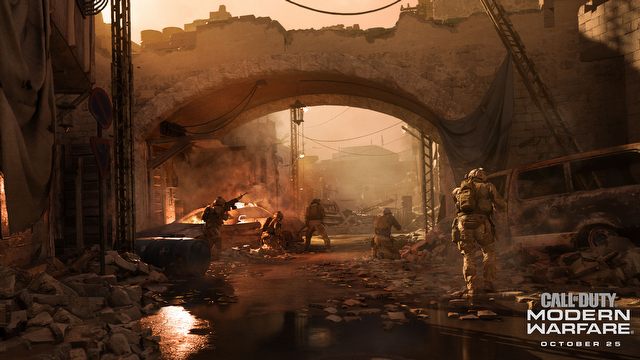 The world of the new Modern Warfare wont be the nicest place (although chillingly familiar; you can see it every day in the headlines  or maybe you no longer read them?). Infinity Ward bets on realism, hence the lengthy motion-capture sessions with actual Navy Seals operators, and hours upon hours of interviews with people involved in armed conflicts  professionally and otherwise. Realism is already apparent at the level of inventory. If you're leading a squad of commandoes on the government's payroll, you'll have access to cutting-edge gear and weapons. On the other side, there are the guerrilla forces. Discovering a modern-day anti-personnel mine (such as M18A1 Claymore, for example) isn't particularly difficult, but in the new Call of Duty, we'll be fighting ruthless militants who won't hesitate hiding explosives in a kid's lunchbox.

The division into highly trained commandos and courageous rebels is expected to be reflected in the gameplay itself. Your weapons may be top-notch, but is that enough to survive when youre outnumbered, and the enemy becomes fiercer with every soldier they lose? In turn, when you become a guerilla, you will have to face people who were educated and trained for years with the sole purpose of killing people like you.

From what I've seen, it's hard to say how  if at all  this division will influence the gameplay (apart from obvious choices of guns and gear), but I'm hoping for some curious tidbits and actual dilemmas inspired by the real battlefields. One such curious tidbit was highlighted during the presentation of two single-player missions. A special unit operator who puts on night vision goggles has to change the position of the weapon  so he can use it comfortably with the headgear on (forget about seamless aiming down the sights with some older models that can be found in the game). This is just one of the things that wouldnt be in the game if not for the interviews and mo-cap sessions with the Seals and SAS.