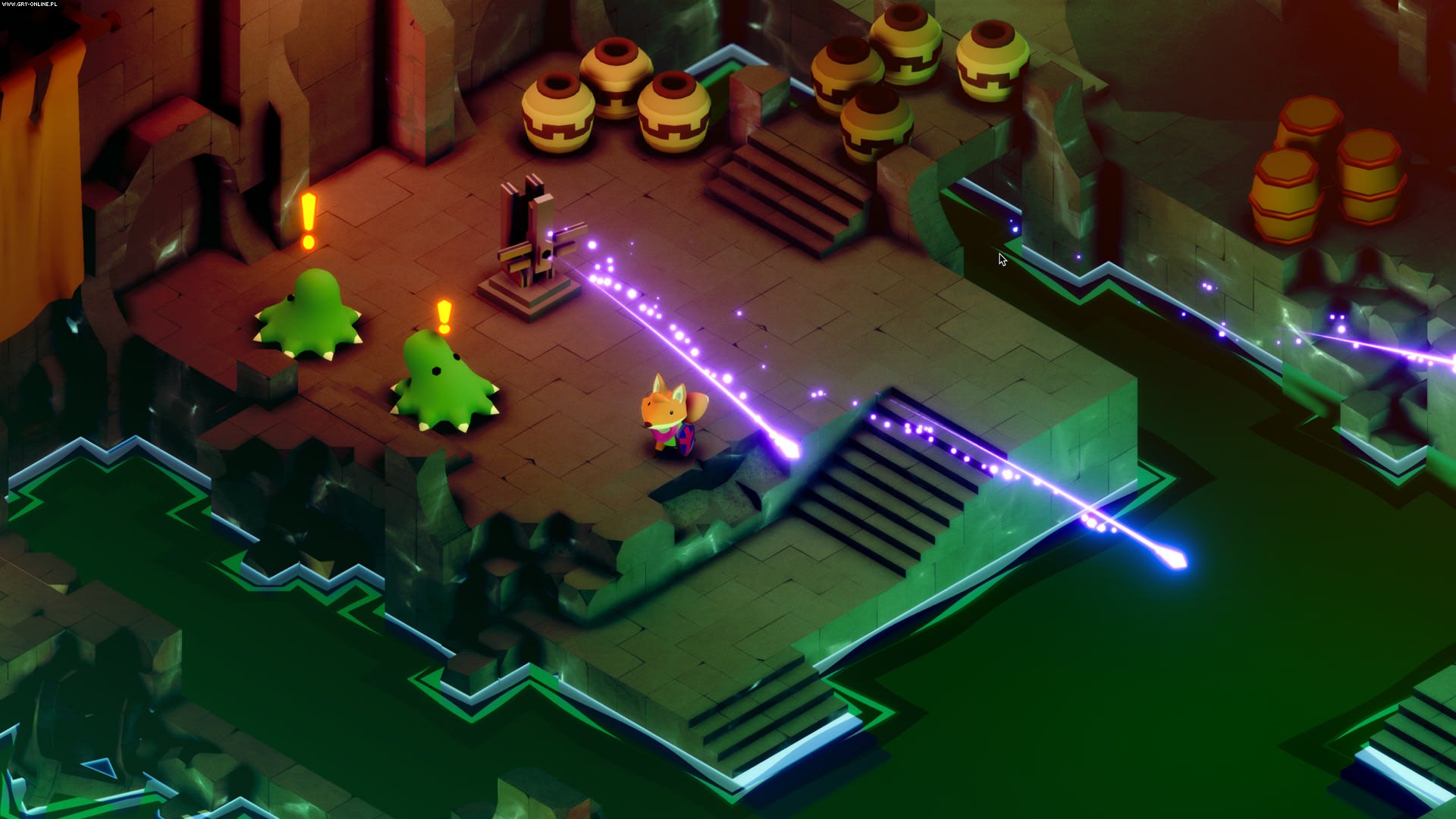 Tunic is a treat for enthusiasts of classic installments of The Legend of Zelda series. We play the role of a humanoid fox who sets out to find treasure. We visit many well-designed locations that combine together in an ingenious way and efficiently hide new secrets. This is what makes playing Tunic so fun and engaging.

Simply traversing these places is only part of the fun. The creators have prepared many logic puzzles, some of which also require dexterity. In addition, we'll be finding next pages of the book, which helps to understand the world more and more. For this reason, the game is enjoyed by people who miss old productions, where most of the elements have to be discovered on your own. Our curiosity is fueled by the fact that many of the passages contained in the book are written in an incomprehensible language.

There are also solutions known from the Dark Souls series, but Tunic doesn't bring a similarly punishing level of difficulty. We have an arcade combat system here, which includes a stamina bar, the ability to dodge and combine blows into combos. During the adventure, we face both smaller opponents and bosses. And just like in the games by FromSoftware, we don't choose the difficulty level here, and using saves respawns minor enemies. All this comes in an isometric perspective and an eye-catching graphics setting. It's a gem that's worth getting to know. It's even more impressive when we realize that it's a project of mostly a single person. Later this year, the game will be released on PlayStation 4 and PlayStation 5, so more players will be able to witness the phenomenon of this small production.