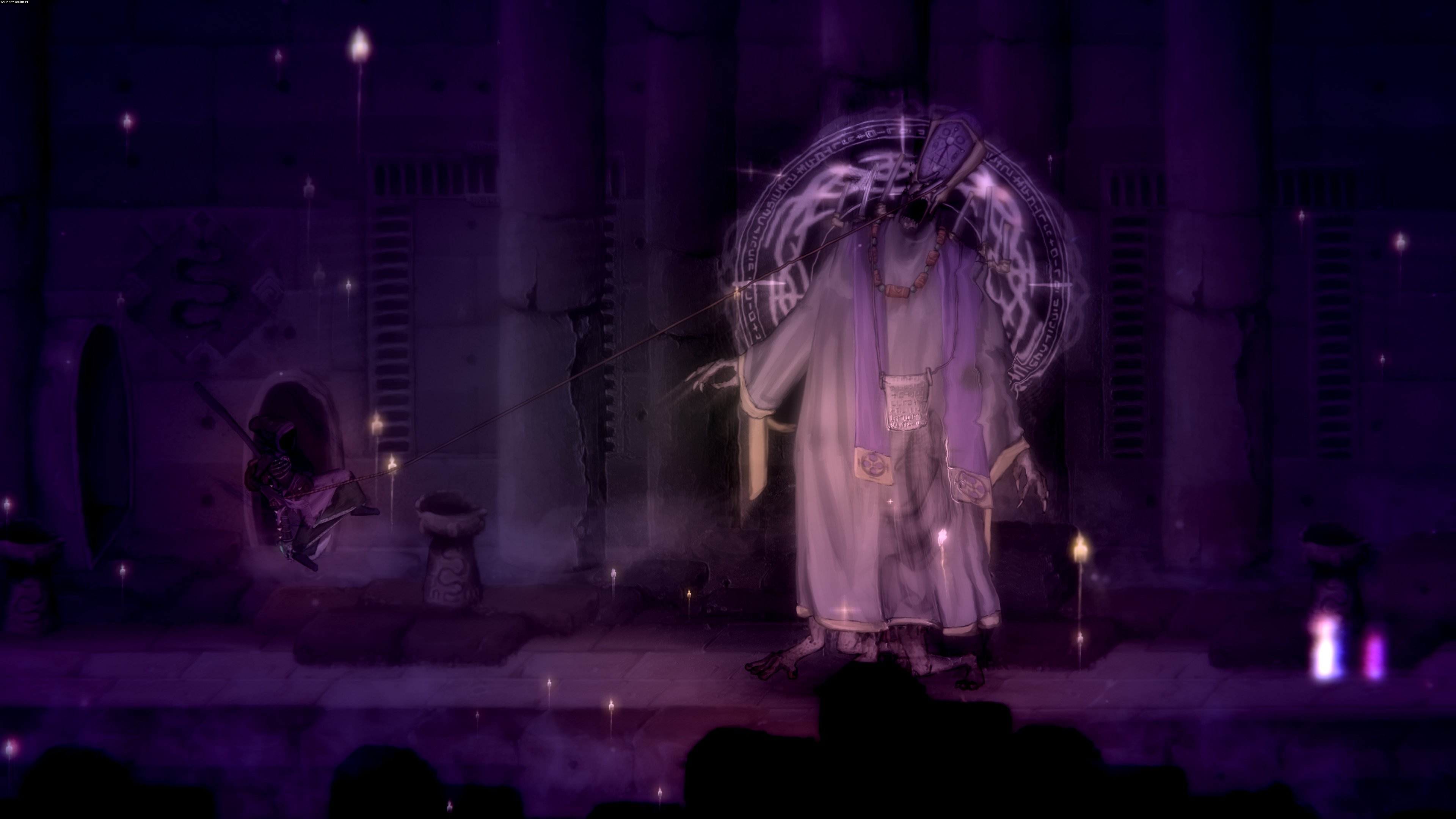 Have you played the warmly-received soulslike game Salt and Sanctuary? Then you should totally be interested in Salt and Sacrifice. It's basically the same well-proven formula. We have a moody, slightly gloomy two-dimensional graphics design, a high level of difficulty and many options for choosing your style of play. We play as a convicted criminal with a profession chosen by us, who becomes an inquisitor as part of his redemption efforts. His task is to kill the mages who attacked the once peaceful land and plunged it into chaos.

The gameplay is typical for this genre. A lot of emphasis was placed on combat itself. During the fights, we have to display dexterity and good reflexes. Perceptiveness will also come in handy, enabling us to easily identify the opponent's weaknesses. Out of the bodies and bones of killed mages, we can create new weapons and at the same time learn new skills. Fans of demanding challenges will feel at home, and if the opponents you meet give you too much trouble, you can always invite someone to help in cooperation mode.

There aren't as many proposals in this stream as in recent past, so if the Elden Ring turned out to be insufficient for you, we encourage you to give this smaller project a chance. It has some issues, but on the other hand, the creators have slightly improved the formula, ensuring better quality of many elements. It's a solid, well-made creation, but definitely not for everyone.