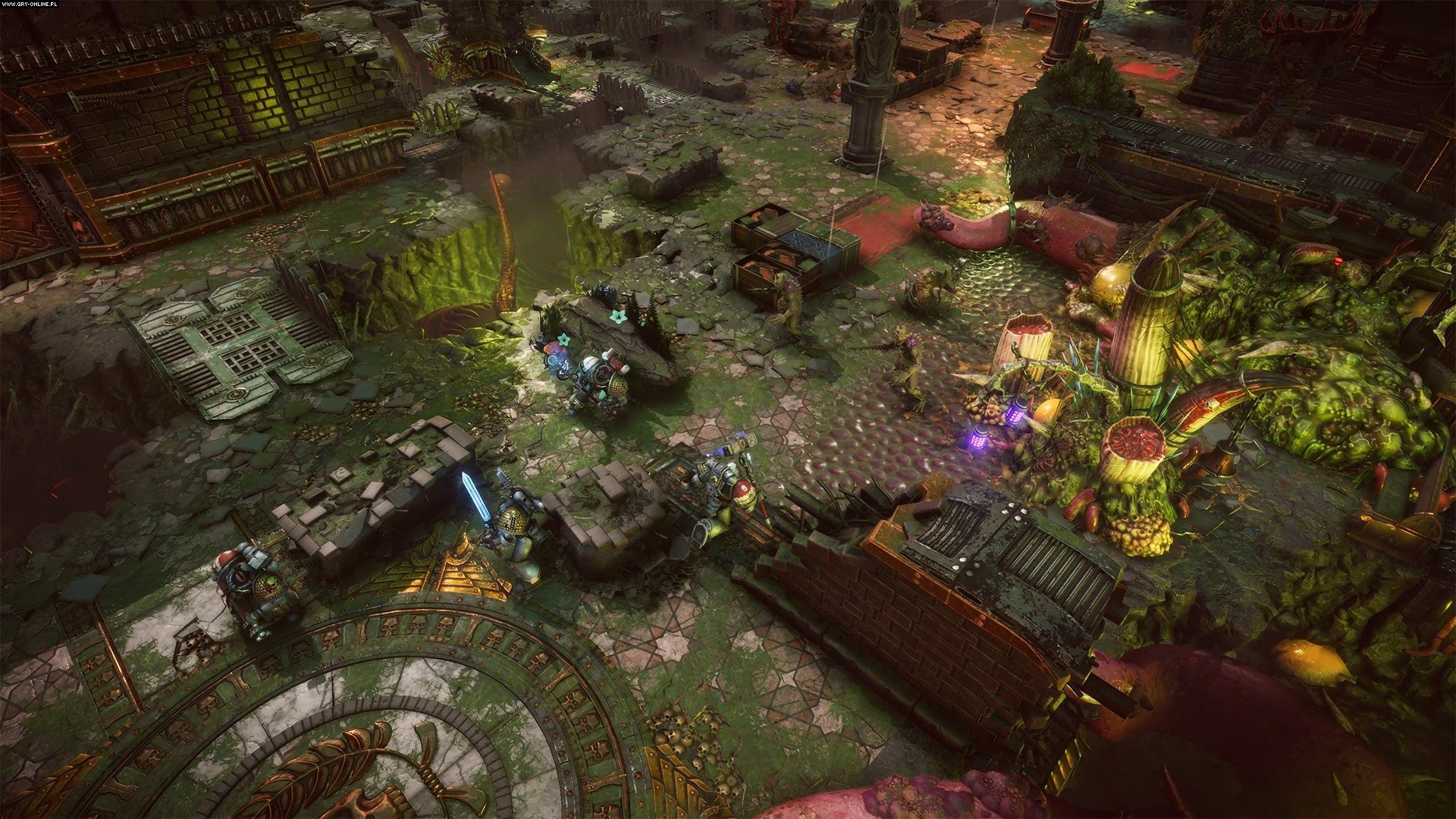 Fans of this cult universe have recently been somewhat spoiled. And that's very good, because the world of Warhammer deserves attention. So, let's introduce you to Warhammer 40,000: Chaos Gate – Daemonhunters. This title refers to a classic production from 1998. Here we take control of the chapter of Marines called the Gray Knights, whose task is to stop the army of Chaos from the Human Empire. It is worth mentioning that Aaron Dembski-Bowden himself is responsible for the story – he's the author of many novels set in this universe.

The game belongs to the genre of tactical RPG strategies. During the game, we improve the base by building new facilities and take part in combat operations. Our task is to stop the plague that destroys everything without exception. However, it's impossible to save everyone, so we have to decide who can survive.

An interesting mechanic means that as the plague spreads over the worlds, our environment changes and becomes more and more dangerous. Chaos cultists or space marines appear, gaining new skills from terrifying mutations. It is also worth noting the fact that in subsequent clashes, we can use the environment, for example by toppling pillars on our opponents. The game also offers many solutions for subsequent fights, as we can fight them from a distance or in close combat.