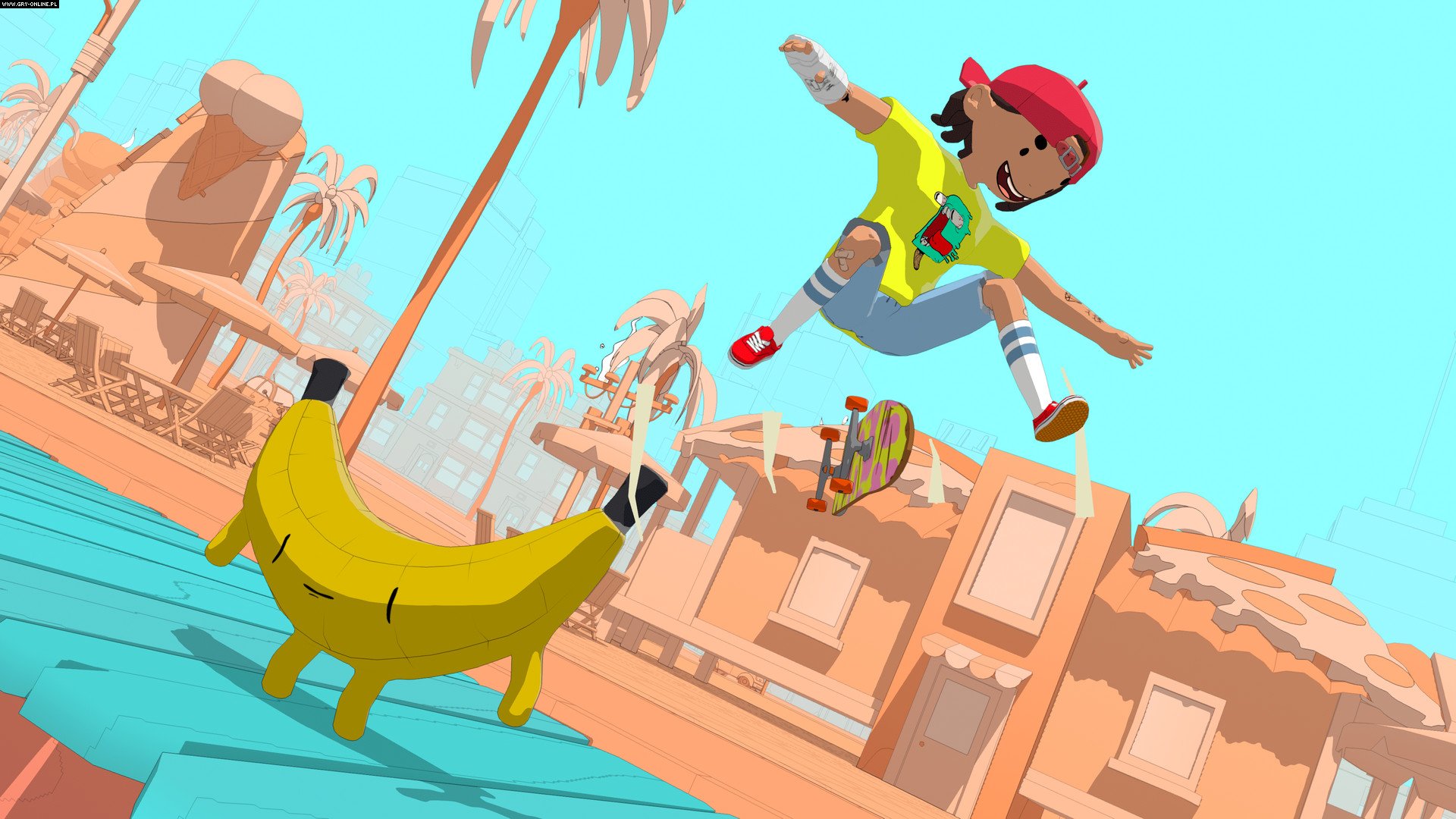 OlliOlli World is the third installment of the appreciated series of autorunners. The rules are simple. Our character is constantly gliding forward, and we help him avoid obstacles – barriers, chasms and such. At the same time, we must ensure a good result, so it's important to perform tricks on the skateboard. There's also no shortage of freedom, because we often have several different paths to choose from. In addition, there are encountered characters that can give us special tasks. Performing them gives you access to new tricks and cosmetic items changing the appearance of the hero.

Part three offers everything that's best in this appreciated series, but also a lot of new stuff, and at the same time is polished to the limit. The creators took care of very precise controls that give you full control over the character. In addition, the game seems accessible, so new people should have no problems getting started. Fans of making life difficult for themselves will also find something of interest, if only due to the number of challenges that each level offers.

In addition to playing in single-player mode, we can also compete with others online and challenge them to beat our results. And when we feel more confident, we can compete with people from all over the world. This is a great proposition for those who want to relax after a (not necessarily) hard day. The graphics have been improved compared to the previous parts and this time it is three-dimensional. However, we still watch the action from a 2-D perspective. It's colorful and fabulous, so younger players should also have fun.