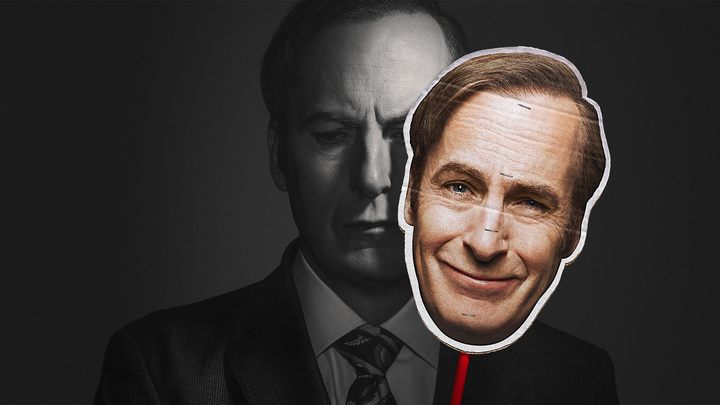 What emerged in Vince Gilligan's mind as a light-hearted, comedic spin-off to Breaking Bad has outgrown the original in many ways. Better Call Saul is one of the best modern dramas on the tangent of drama, comedy and crime. Or maybe even the best one.

Saul started emerging from Walter's shadow when he became the slimy lawyer of the blue meth maker. By then, he was shining thanks to the weasel-like charm of the sensational Bob Odenkirk. In Better Call Saul, dude really spreads the wings. He created one of the more complex characters I've ever seen. Enter Jimmy McGill, younger and more innocent of the brothers, a beginning lawyer who barely makes ends meet, trying amend his murky past, and impress his brother, a famous attorney.

He's a very conflicted character. On the one hand, Saul has great ambitions, on the other, he's trying to do something good for himself and others. He has a history full of mishaps. He can convince anyone to do anything, he's a born conman. A super amiable scoundrel who doesn't want anyone to get hurt. Until... Better Call Saul is another show about pushing boundaries, but much subtler and more ambiguous than Breaking Bad.

Here, the absolute on which one treads is the law, rather than morality. Saul much more often tries to do good for others than for himself, he only opts for... extraordinary means. Because he can. Because it's quicker this way. Because he likes to see where the final frontier is. And because he's like a raccoon  clever, likeable, charming and even when he cheats, laughing in our faces, there's no way to be angry with him.

He is also pushed down the path of moral ambiguity by painful blows inflicted by others. We watch little big tragedies of a man who hesitates and struggles. And the subsequent turning points, especially at the end of each season, can break your heart, too.

The show takes its time. It slowly develops the narrative and reveals strengths. It's constantly bolstered by powerful, emotional tension which it releases at the right moments. Along the way, it amuses us with black, rascal humor of the protagonist and other scumbags in the neighborhood (and a few decent people, who nevertheless were caught in the "When in Rome..." type of situation).

We've got lawyers, regular bandits, pick-pocketers, corrupt cops  the fan favourite Mike from Breaking Bad is back. His story is just as heartbreaking as Saul's. Here, even the calmest, repetitive sequences make sense, leading to a powerful explosion. They're entertaining, they're riveting. They're taking you over. That's why it doesn't matter if you need a lawyer or just a good show  just give Saul a call.

I've loved crime stories since I was a kid. Life-weary cops and bad guys in big cities have always flared my imagination up. It's one of the first genres, outside of animated comedies, I've come to know. In my childhood I watched a lot of classic TV shows (Kojak, Colombo, Crime Story). I was delighted to rediscover that love when fresh, interesting series came along, playing with the form, the content, and the classic protagonist. I have my favorites, but even the Narcos, which I found rather odd, gave me plenty of quality time. Maybe something will be born out of that inspiration one day.