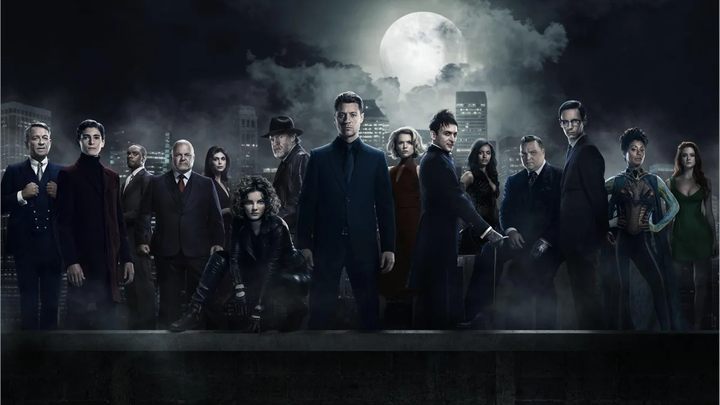 A dark alley, pearls falling to the ground like rain. Bruce kneeling in a pool of blood between Thomas and Marty Wayne, his parents. It used to be shocking. But we've seen it countless times, we got used to it. That's why the news of Gotham, which begins with this exact scene, didn't cause my particular excitement. The first episode was a bit synthetic, though you can't deny it had atmosphere. I bounced off. But people were keep recommending it to me. And guess what? I owe them a drink.

Gotham gets off to a rocky start, but from this matrix quickly emerges an interesting and dirty street crime noir. Because young Bruce Wayne is just one of the heroes. The protagonist is James Gordon (Ben McKenzie), partnered by the corrupt Harvey Bullock (Donald Logue). The relation of a young idealist who slowly discovers the darker side of the city and of his own; of a bitter, bribed cop who seeks redemption  this is the main thrust of the series. The man struggle with themselves, the increasingly bizarre crimes, the mafia, and the corrupt police.

The show looks beautiful  the city, costumes and decorations are black gold, a coat of paint sprayed over the grimy nineties. Some seasons were goofy and overwrought, turning into a parade of oddities, but in the end, the show stabilizes and, until the end, remains a crime-gangster tale set in the concrete jungle. Then, we have the daring creations of the criminals  Penguin (Robin Lord Taylor), Carmine Falcone (John Doman), young Catwoman (Camren Bicondova) and Riddler (Cory Michael Smith).

An uneven TV series? Like hell. Watching it, I was close to quitting a few times, like many other viewers. But I always came back. Many came back. Once you enter Gotham, it will never leave you.