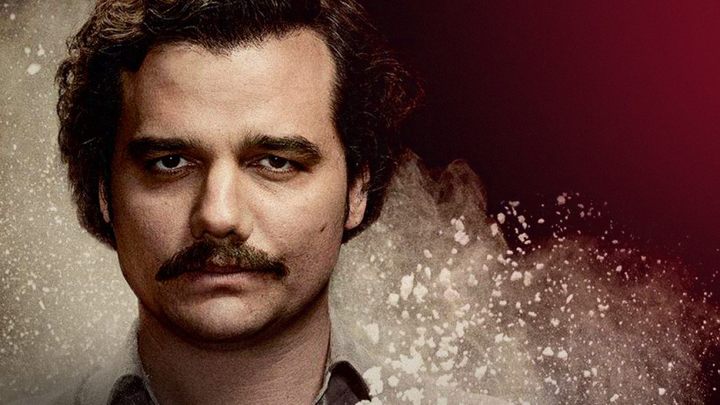 All right, let's get this over with. Narcos is a show I simply don't like, but I can't deny it the quality and a bit of romance. At least the romantic landscapes of Colombia that the Cali Cartel took over.

Narcos takes us back to when Escobar (Wagner Moura) was already on his way to the top  though we also get to know his origins. The narrative is led by an undercover DEA agent, Steve Murphy (Boyd Holbrook). From the officer's story, we learn how the baron gained power, how he dealt with the corrupt military and police, and that he had ambitions to go even further  to gain power through legitimate elections. Here, Pablo was shown as a rather contradictory and complex figure, on the one hand soaked in blood and violence, and on the other, courting the adoration of the crowd.

For all that, the show also goes hard on the greedy American government that only intervened in the country for want of its own agenda. It's long, it's full of interesting moments, but it doesn't always completely click. It's a bit like a South American ballad  it's pretty, but it's a stretch, even for the modern standards. Still, it resonated with many, many people. On top of that, they were later given an extra fix in the form of Narcos: Mexico.

The war on drugs was never been fought on just one front. A new installment of Narcos takes us to Mexico of the 1980s, where rules were made by the strongest individuals, and international drug trade was only getting organized. Narcos: Mexico met a positive reception from viewers, with two full seasons now available.