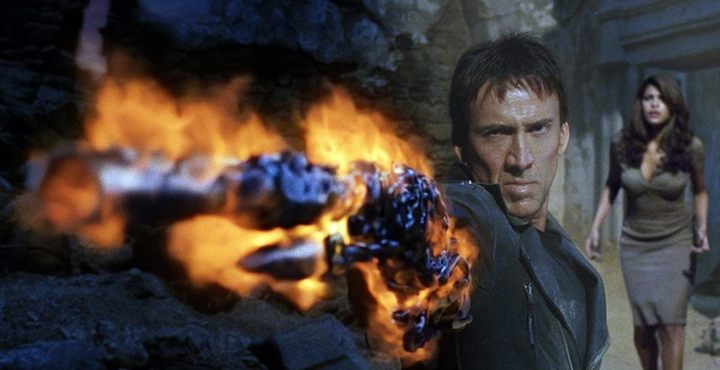 Once upon a time, Nicolas Cage played Ghost Rider, the Marvel villain, in two, not entirely successful movies, which today are not included in the main universe. It was quite a bold casting decision, because hardly anyone saw Cage in the role of a blazing skeleton-motorcyclist. Was this decision ill-considered?

Well, not really, because Nicolas Cage has already had a chance to play a different superhero from the other comic-book studio. In the 1990s, a new version of Superman starring Nicolas and Tim Burton as director was in the pipeline. However, the turmoil around the script and production caused the project to cease quickly (as mentioned in the documentary The Death of Superman Lives).

Years later, young Brandon Routh became the new Superman in the 2006 film Superman Returns (and quickly ceased to be him, as the film turned out to be quite a disaster), and by then, Cage was a bit too old. What a pity! For example, recently, in the movie Pig, Cage displayed his great versatility as an actor. So, I believe he could do it in a more conscious superhero cinema (directed by Burton after all). Also in 2009, a photo of Cage in a Superman outfit was leaked – I encourage you to google it and see for yourself, it's a sight to behold).