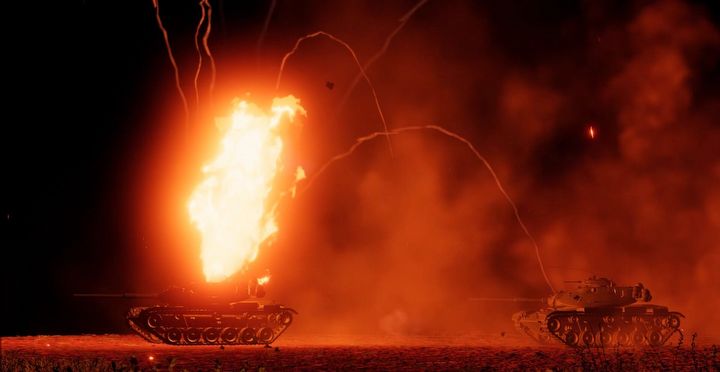 What will Gunner, HEAT, PC! be about?

Gunner, HEAT, PC! is a realistic tank simulator that allows you to take control of several authentic machines, such as the M1 Abrams, Bradley or M60A3, in the middle of the Cold War. The creators tried to create a completely realistic environment, which concerns the performance and durability of vehicles, the operation of weapon systems and the durability of armor, and generally the strategy of conducting an armored battle in those realities. You can prove your skill both in quick clashes and entire campaigns and co-op missions.

Once upon a time, tank simulators like M1 Tank Platoon were an extremely popular genre. Today, MMOs such as World of Tanks have replaced them, so Gunner, HEAT, PC! is a long-awaited throwback to old tank times. You can focus on playing alone without any problems or frustrations, and the control system has been prepared in such a way that even beginners have no problems controlling the machines. The game has been available in early access for some time and has been receiving good feedback, and the developers are systematically improving it by adding new features and content.