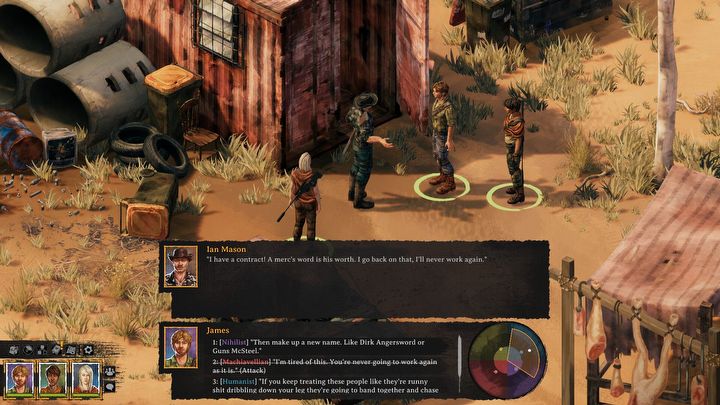 What will Broken Roads be about?

Broken Roads will remind us of the times of the first installments of Fallout. It's also an isometric RPG set in a post-apocalyptic world – made of famous places in Australia. Traveling through the outback, we will have to fight for survival and make various difficult decisions that affect the game world and the protagonist's personality. The clashes will take place in a turn-based system with the use of a large arsenal – from melee weapons, through firearms, to explosives – and the whole team will help us in the fight. In addition to traditional mechanics and RPG elements, Broken Roads will also include the so-called moral compass shaped by our decisions and able to unlock various perks and options during dialogues.

One of the creators of Broken Roads is Colin McComb, who worked, among others, on the first two parts of Fallout and the legendary Planescap: Torment. The game should therefore satisfy every fan of these classic titles or games like Disco Elysium. Given how much emphasis is placed on dialogues, character development, moral choices and the accompanying philosophical issues, we may even get a candidate for the RPG of the year. And setting the action of the game in post-apocalyptic Australia should encourage every Mad Max fan – there will certainly be references to this universe.