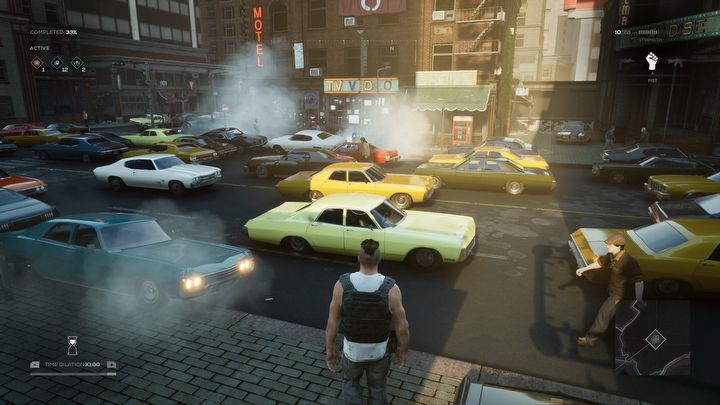 What will Phantom Doctrine: The Cabal be about?

Phantom Doctrine: The Cabal is a Polish game that will take us to the period the mid-1980s, in a slightly different version of history. The Chernobyl disaster turned out to be the result of a terrorist act, and our goal is to track down the perpetrators. The Cabal is therefore a spy thriller that focuses on connecting facts, using intelligence activities, recruitment and training of agents, and the development of technologies that help in obtaining information. The action itself is observed from the third-person perspective, and the missions taking place in different parts of the globe are full of various tasks – from infiltration and collecting evidence, through silent elimination of opponents, to assassinations and chaotic gunfights.

Phantom Doctrine: The Cabal is a sequel to the 2018 game, which at that time was heavily inspired by the XCOM series, from where it took the turn-based combat system. This time, everything will take place in real time, and only a dynamic pause will help in combat. The game promises to be interesting in terms of the plot and the topic of 1980s espionage. The missions can also surprise you with their variety. The graphics may not be the prettiest, but the presented locations show attention to detail. The streets jammed with huge American cars seem to be teeming with life and you can feel that we've moved to the past. We keep our fingers crossed that the studio will be able to deliver a positive surprise for everyone.