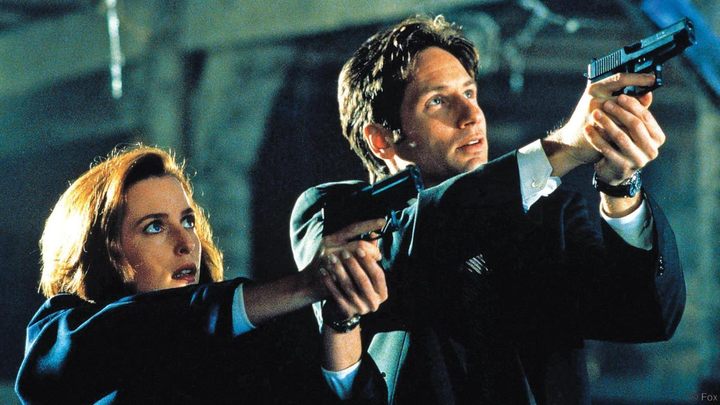 Finally, we revisit a series that had a tremendous impact on the shape of today's modern series. The X-Files changed TV shows, became an iconic legend, and the unforgettable opening credits still give you goosebumps. It's such an important gem that it will never get erased from a pop-culture.

Chris Carter's series began rather inconspicuously. Additionally, at the time of the pilot's release it had to rival the western competition. The adventures of Fox Mulder and Dana Scully have won and triggered the pop culture phenomenon of the 90s. Almost everyone watched The X-Files. An entire generation can remember being herded into beds by their parents, just to hear the ominous music a few minutes later  myself included. And yes, we have watched it anyway  to find out if the truth is out there. Hidden behind the couch. Looking for a safe spot behind the door. Watching reruns late at night, we wanted to believe.

Investigations and challenges of the FBI agents have been successful and won on many levels. Main characters were simply too cool to dislike them. What's more important, there was a lot of tension between lead protagonists played by David Duchovny and Gillian Anderson. Their struggle with an entire system which hid the truth about the presence of aliens on Earth was accompanied by an atmosphere of hostility and danger. If someone did not want to follow the mythological episodes focused on the main story, they could simply watch the extremely popular monster of the week episodes  where a unique story was told each time.

Among the latter, there were some real gems. Some of them covered the classic motifs of horror in a funny, postmodern way. Others were really scary. They offered various stories, unique threads and quite diverse atmosphere. UFO abductions, haunts, creatures from myths and urban legends, conspiracy theories, government manipulation.

We traveled through filthy city streets or factories, but also through American wilderness and claustrophobic towns, where everyone has something to hide. The screenwriters' room was filled with such talents as Vince Gilligan (Breaking Bad, Better Call Saul), and the series provided us with one of the most expressive villains known in television history  the Cigarette Smoking Man (William B. Davis).

For the first seven seasons it all worked like clockwork, even if the mythological episodes were sometimes looped or mutually exclusive. The next two series were different and the return of the franchise in the tenth and eleventh was not as good as expected. However, no one's going to take away those first achievements from Christ Carter and his magnificent team.