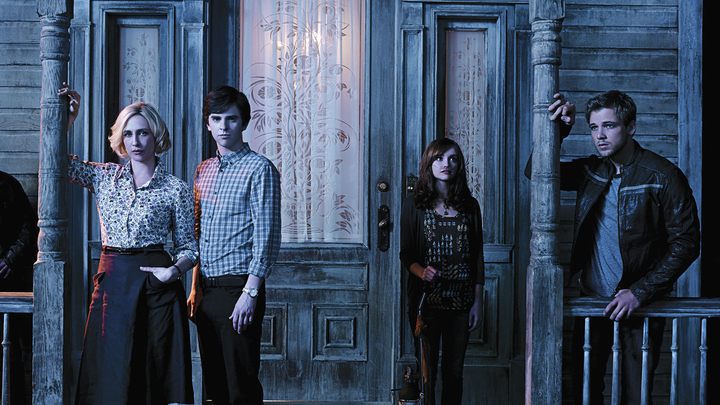 Pop culture nostalgia usually comes in one of two available forms. The first is cannibalism, a plague of faithful, but mediocre remakes. The second is inspiration and development of ideas, originally used by great predecessors. This was the case with Bates Motel, which tried to tell the story of Alfred Hitchcock's Psychosis from a broader perspective and provide a context for events that occurred in the original. Something that began as a loose, often clumsy adaptation of the classic thriller ended with a bang.

Here and there you can hear the echoes of original scenes, which distorted the mass imagination, but Bates Motel focuses primarily on the proper way. A way which presents a tragic journey that will twist Norman Bates into a psychopathic monster. At the fifth season finale we see him as a murderer who doesn't pay any respect to personal boundaries, but even then the series gives us an opportunity to feel sorry for lead character.

Indeed, the Bates Motel transforms into a tragedy in which Norman is inevitably confronted with a miserable fate. At the same time, it can keep in suspense  maybe not like the original, but Hitchcock is a different beast. However, as a study of mental illness, toxic relations and violence, it seems to work perfectly, gaining its own identity and coming out of the shadow cast by the original.

The script had some minor flaws at the beginning and it looked like a hard endeavor to meet these standards, but even in the darkest (in terms of quality) moments, the actors' performances saved the overall impression. Vera Famiga was excellent as the embodiment of the evil side of motherly care. Norma Bates was a true spark, especially in recent seasons, when she could abandon any appearances of normal behavior. On the other hand, Freddie Highmore was able to move many with his acting skills at the very beginning of the show, only to spread his wings in later episodes. As the whole show. Uneven in quality, yet with a stroke of genius.