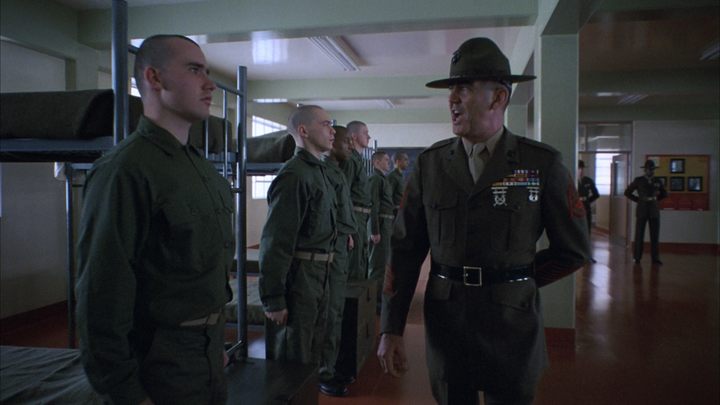 Have you ever been to a historical reconstruction recreating a battle from World War I or II? The cries, explosions, the series of bullets from rifles and machine guns. But it's just firecrackers, and relatively safe explosives. It looks impressive, but if we think for a moment... There is not a single thing thats nice about war. It's our own version of hell. It destroys men.

The reason for writing the introduction in this particular tone is because, you see, at some point, the best war movies were the results of anti-war cinema. It's a long shot from the time when John Wayne padded the backs of the boys. Then came Platoon, Saving Private Ryan, Apocalypse Now and many others  as well as perhaps the most terrifying, visceral of them all  Full Metal Jacket. The nuclear power of Stanley Kubrick's shows how to break a man before he goes to the front for the first time to kill in the name of democracy, or another "righteous" idea.

Full Metal Jacket introduces the Joker, a private and at the same time correspondent, who joins a squad of cadets wishing to become Marines. They go through a hard school of life together. So hard in fact that some of them eventually start breaking like matches. Others get twisted into war lovers and de-humans them. All this was shown with the director's trademark mastery, thanks to which the typical training of a recruit turns into a picture from hell. And that's what this Kubrick's movie is. Perfect, colorful, sometimes amusing and, above all, genuinely terrifying.