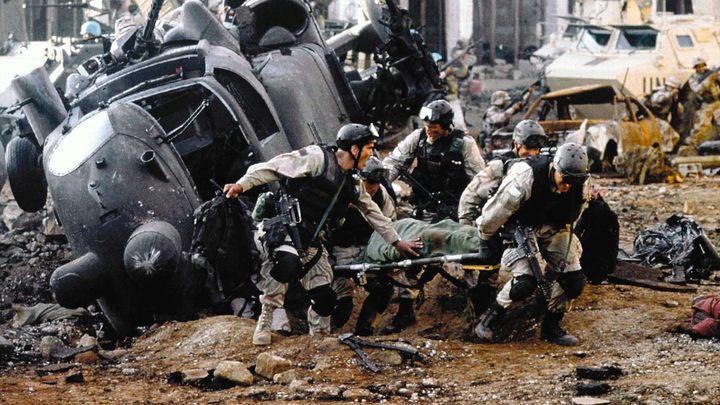 Not every impressive film needs an extensive plot to knock down the audience. Christopher Nolan's Dunkirk, for example, proved this recently, as it did not really serve a typical war history, but rather a panorama with residual dialogues, depicting the fate of several different characters. But it was enough to leave audiences jaw-dropped.

Black Hawk Down has a more traditional approach to narration, but also focuses on other aspects of realization. More than a comprehensive story. First of all, the movie relies on the realism of the battlefield, to demonstrate its cruelty, chaos and ruthlessness. And it looks crazy  also thanks to the outstanding shots by a Polish operator  Slawomir Idziak.

The film tells the story of a failed historical mission to kidnap several commanders from the Somali rebel army. A simple task turns FUBAR when two helicopters are shot down. Yes, the plot simplifies the story, pictures Uncle Sam's boys in brighter colors than it should. Yes, we have here a classic type of nameless enemy, who is opposed by simple characters, in principle, a "collective type of hero"  but it is, however, another piece of really solid military movie. It does not pretend there is only glory waiting on the battlefield.