Remember how awful was the list of games available on PlayStation 4 right after its release? Knack, Killzone: Shadow Fall, flOw  these are not games we remember dearly. Sony learned it the hard way, and they eventually managed to dominate the current generation.

We hope they'll remember it this time around, and that the starting package will be sexier. Below you will find some examples of PS5 exclusives. We have also listed confirmed titles and those that only appear in rumours so far (however, it's likely Sony's new hardware is likely). Not all the productions mentioned here will be ready for the console launch  we point out the ones where this seems most possible.

Godfall is one of the few PlayStation 5 games (it will also debut on PCs) to have been officially confirmed. The title will be a glamorous slasher using mechanics characteristic of the looter-shooter genre (meaning that the grind is likely to play an important role). Not much more is known about this game at the moment, but the first shots are sure spectacular. While it is not certain whether it will be a launch title, we know it's expected to hit the market at the end of the year  which coincides with PS5's release date.

Fans of Ratchet and Clank had to wait a long time for the next entry in this series. Though the ambitious remake of the original was released in 2016, the last new installment is Ratchet & Clank: Into the Nexus from 2013. Patience should pay off, though, since Rift Apart seems a fantastic game  there's intense action and beautiful graphics, with locations changing and transforming in a blink of any eye.

This time, there will be no half-measures and spin-offs  only a full-fledged, seventh installment of Polyphony Digital's legendary Gran Turismo series. We can count on a realistic driving model, a large number of cars and amazing graphics  the quality of the latter is shown in the first gameplay trailer. Reflections on cars made using ray tracking technology look simply stunning.

Known for the LittleBigPlanet series, Sackboy returns  this time in a production titled Sackboy: A Big Adventure. Everything seems to indicate that we will receive a game that's faithful to the roots of the series  a charming, classic platformer, in which we will explore an unusual, toy world.

Another famous PlayStation 4 character who will see his adventures continue on the PS5 is Astro from Astro Bot: Rescue Mission, a game that requires PlayStation VR goggles. This time, it will be a classic game  a three-dimensional platformer with a TPP view. Interestingly, the game will be given for free to anyone who buys PS5 (already installed).

It's one of the games announced at the PS5 presentation in June. We will be directing the eponymous Miles Morales  a black young man with similar powers to Peter Parker, whom we met in the first game of the series. According to the information revealed so far, it will be a standalone work on a slightly smaller scale than Marvel's Spider-Man, often compared to Uncharted: The Lost Legacy. The action will again be set in New York City, but this time, we will visit the metropolis in the winter. The plot centers on a conflict between a certain energy corporation and a dangerous criminal group with access to cutting-edge technology. It will be released in 2020, suggesting it will be another PS5 launch title.

The source of rumours about another PS5 exclusive, Horizon Zero Dawn 2, is actress Janina Gavankar, who revealed during the Star Wars Celebration convention that Guerrilla Games studio is already working on the sequel. These reports coincided with job offers for an "unannounced project," posted on the company's website. In June 2020 we received confirmation  the game is being developed and will hit the PS5; its official title will be Horizon: Forbidden West.

Another exclusive for the PlayStation 5 will Returnal, a game developed at Housemarque studio (known for the successful Resogun). It is an action adventure game with roguelike elements, in which we play an astronaut who experiences the same event all the time  the crash of his ship on a strange alien planet. The protagonist will attempt to break out of the time loop and before she can, she will lose her life many times over  with each subsequent death taking a toll on her mental health. The key to getting out of this seemingly hopeless situation is to know the secrets of where we've come from.

PS5 owners will also play a remake of Demon's Souls, a PlayStation 3, genre-defining classic by Japanese Studio FromSoftware that spurred the wave of incredibly demanding, borderline unfair games commonly referred to as soulslike. The player dies hundreds of times, and the plot can only be deciphered with scant and vague notes, and cryptic characters. The graphics will be improved, and the first trailer looked incredible.

Destruction Allstars is one of two auto titles unveiled at Sony's June conference. But while Gran Turismo 7 focuses on classic racing, Lucid Games' work is about something completely different  that is, unfettered mayhem. This production should please fans orphaned by Destruction Derby and Motorstorm cycles.

A temporary exclusive of the new platform will also be a mysterious game created by Square Enix  Project Athia. We don't know much about this game yet, but its first teaser (above) was shown at PS5 presentation in June.

The latest work of Naughty Dog has proved to be sensational, and it is visibly constrained by PS4's capabilities. It's highly possible that PS5 will get either a dedicated version of the game, or at least a solid upgrade, considering the console's backward compatibility. Much like in the case of the original, by the way. 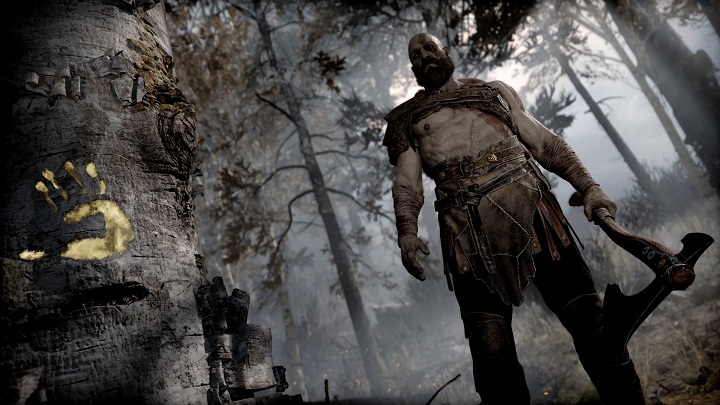 God of War 2 as a launch title for PlayStation 5 is still merely a rumor... but an exciting one!

In April, developers at Sony's Santa Monica Studio hid a runic alphabet-inscribed message about "ragnarok is coming" in a PS4 God of War theme. Ragnarok is the "twilight of the gods" in Norse mythology, and its first chapter begins exactly at the end of the previous installment of the adventures of Kratos. Does that mean that the release of God of War 2 is impeding? It's very possible that such an ambitious project simply won't make it in time for the launch. 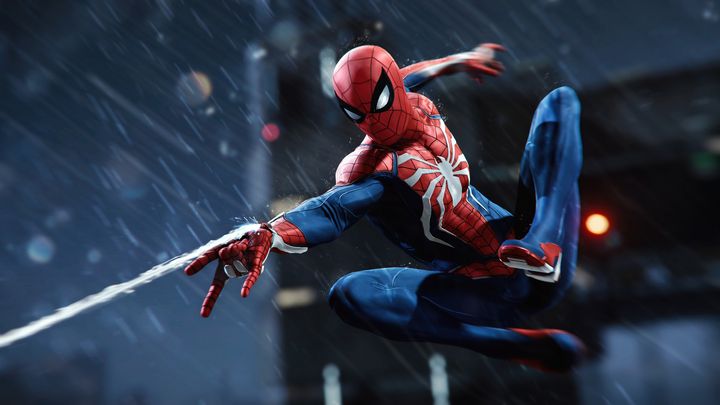 According to unconfirmed information that has surfaced on Reddit, Insomniac Games is also developing a full-fledged sequel to Spider-Man, with a planned release date set to late 2021. If true, the production is surely heading for PlayStation 5. There are reports of a larger game world and a new random event generation system that, in some respects, resembles the solutions known from the Diablo series. It is worth noting that the author of the leak has also revealed the creation of Resident Evil 3 Remake  so this is not completely unreliable.

Will there be box games on the PS5?

To reassure those who fear a complete takeover of the ninth generation of consoles by digital distribution, Cerny has also revealed that PlayStation 5 will support physical media. What's more, the PS5 will read files in Ultra HD Blu-ray format, which means that individual game discs will be able to hold up to 100GB of data. That's a significant increase over PS4, which can only read the basic Blu-Ray format, at a maximum of 25 GB of data.

At the June presentation, it was revealed that a model without a Blu-Ray reader would also be on the market  the Digital Edition will presumably cost slightly less than the normal version.