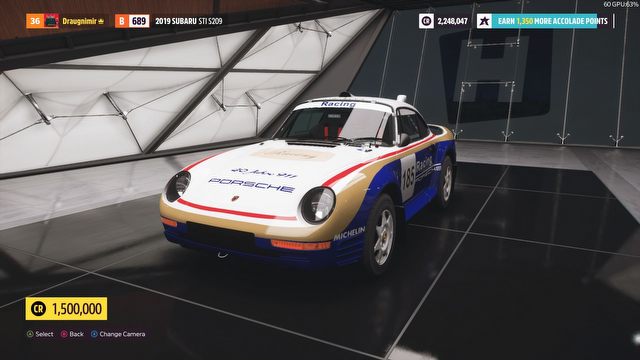 In the Forza Horizon series, it's extremely difficult to stay on the road  not because they're narrow, but because of the multitude of attractions that this beautiful, open world is brimming with at every corner, often tempting you to go off-road. Therefore, everyone will need a vehicle that combines the features of a sports car and a rally car, or even all-terrain. The Porsche 959 Rally Raid is exactly such a machine, and you can buy it in the showroom for 1.5 million credits (or get as a reward for winning all cross races).

Do you want to know the origin of this unusual model? In mid-1980s, Porsche was getting ready to compete in the rally Group B (trivia: even a Ferrari had a similar intention at that point). The Stuttgart-based company did not manage to enter the championship before it was canceled after the tragic accident of Henri Toivonen in 1986, but the car was practically ready. So, the manufacturer took it to the Paris-Dakar 1986 rally. And they achieved a spectacular victory. Where does Porsche 959 fit in all that? Well, to have their rally car accepted, the manufacturer was required to produce at least 200 public-road-friendly units. And that's why the 959 has a 4x4 drive, unlike Ferrari F40 or Lamborghini Countach.

Alternatives for rally veterans who do not fear Group B monsters: