Immediately after the release, The Sims 4 was heavily criticized for stripping down many basic elements of the highly acclaimed third installment of the series. It's not even about fewer pieces of furniture and clothes for Sims or a lack of mechanics such as changing seasons or the possibility of opening your own shop - fans knew that this would come in the future expansion sets and add-ons. After the release of TS4, players were surprised by the lack of swimming pools (the beloved torture tool) and small children (the infant immediately turned into a teen, going to school).

What's more, the Create-a-Style, i.e. the option of modifying the elements of the environment from the third part, was also thrown out. The level of difficulty was significantly reduced, and above all, the open-world known from The Sims 3 was replaced by map sections with several parcels per cross. A huge step back. 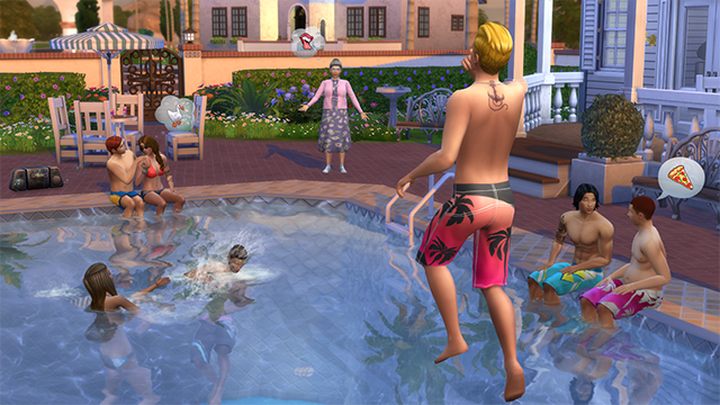 Each subsequent fully-fledged game version is associated with expectations of something completely new. Players usually assume that developers will add new functionality rather than take it away. The open-world will probably not return, cause many players to enjoy Sims on older equipment or office laptops. It will be hard to relieve the load on hardware components of these PCs. So, let's get ready for loading screens.

A well-functioning aspiration system that has proven itself in one form or another from The Sims 2 can also be discarded, giving way to an "innovative" solution in the style of emotional states from TS4. Can we have a look at the Sim at work again? Will the skill milestones and aspiration points return? Will a lonely Sim ever be visited by a sad clown again? And most importantly - will the offer of clothing and utility items be pathetically poor in the basic version of the game? It could become even worse if the fundamental elements of the game were to be made available via microtransactions and paid mods, but EA would not go that far right?

IN CASE OF EMERGENCY, WE HAVE PETITIONS

EA has known for a long time that The Sims has a huge community that should be listened to. The aforementioned lack of small children and swimming pools was finally dealt with through a free update, but it required an... online petition. More than 25,000 people expressed their dissatisfaction and after "just two years" both features have been implemented in the game.

Much worse things went with goats, but most importantly, the developer is not quite deaf to the voices of fans. In 2017, even a questionnaire was created in which the society could choose the next package from several available options. And the choice was... dirty clothes and washing machines. The expansion to TS4 called Laundry Day Stuff can be bought since January last year.